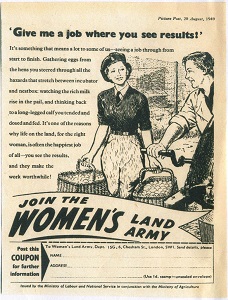 June 1st marked eighty years since the reforming of the Women’s Land Army and the vital work they did towards the war effort.

During World War One, 23,000 women were recruited to work full-time on the land, to help replace men who had left to fight in the war.

Recruitment posters advertised the roles as part of the National Service.
It was officially disbanded on November 30th 1919.

The Women’s Land Army as it was eventually called was reformed by Lady Denman who approached the Ministry of Agriculture in 1938, before the start of World War II.

Southlands care home in Hutton Cranswick, near Driffield, has a resident who was in the WLA. 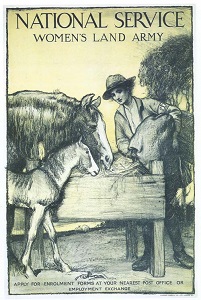 Resident, Barbara loves to talk about her time there.

Elaine, the Activity Coordinator for the home, came across some information on the internet which she shared with Barbara and it sparked conversation about those days and the hard work involved. Barbara was pleased to talk about her past and mentioned that she had never milked a cow, but she soon learnt!

Elaine commented;’Barbara wants me to try and locate some photographs of her in the land army.
‘She’d like to share her story with others in the home’.

Working with people with memory issues can create many wonderful conversations about a resident’s life, and the jobs they used to do.

Elaine commented on the job-satisfaction she feels whenever she gets a response similar to Barbaras. ‘It makes it all the background work, worth it’.