Burlington Care homes have been busy with various activities across their care homes.

Activities of all types are happening in care homes across the country, here are just a few.

Beginning with The Limes in Driffield. 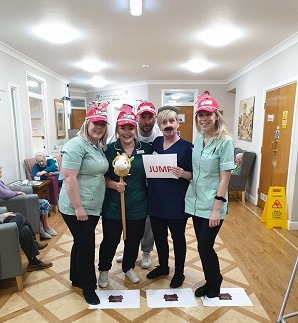 With the annual #GrandNational taking place this weekend, the residents and staff at The Limes have been getting in the mood for a big win.
Hobby horses at the ready the staff took to the course like the athletes they are; full of nay and a lot of hey! And get out of the way!
The horses included Burlington Beauty (of course!), hurtling through across, over and under the chosen track they tackled Becher’s Brook, The Chair and a water jump…..
The winning team ‘Straight off the Couch’ was presented with the Winners Cup. 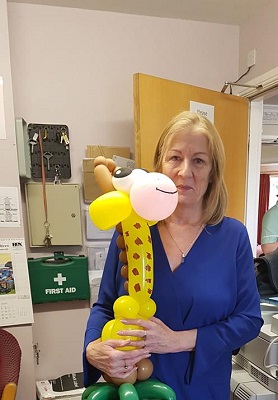 Long-serving Senior Carer Cris is celebrating her 60th birthday with a party at Priestley care home in Birstall.

Cris has an affection for giraffes but I think the pamper session may also become a firm favourite- Her colleagues have raised funds for a top-to-toe and lots of other gifts.

Happy Birthday, Cris, have a great birthday from all at Priestley and Burlington Care.

Spring really is in the air! 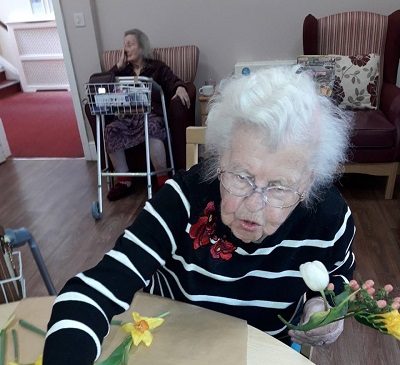 Pressed flowers were an art form that can easily be traced back to ancient Egypt. In the 1500s Oshibana (the art of pressing flowers in a way to create a whole picture) was meticulous and skilled – with the art becoming fashionable in Victorian England, once trade with the Japanese people increased.

Throughout the Victorian era pressed flowers were important. For the Victorian woman, it was an enjoyable pastime. Flowers were often combined with ribbons to create pretty pictures, while a flower was often slipped between the pages of a book, to preserve the memory of a special day.

At Southlands care home the residents have been busy creating their own works of art.

Ella and Flora enjoyed identifying the flowers. They discussed the colours, smells and reminisced about previous experiences.

When the flowers are dried out, with the help of Elaine, the Activity Coordinator, they will arrange them in photo frames or possibly laminate them and make bookmarks. 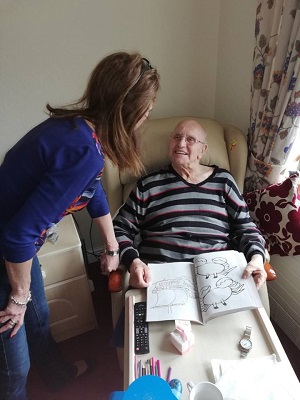 During the 16th century, people returned to their mother church for a service which was held on Laetare Sunday; the third Sunday before Easter. In this context, one’s “mother church” was either the church where one was baptised or the local parish church or cathedral.

Eventually Mothering Sunday became a day when domestic servants were given a day off to visit their mother church, usually with their own mothers and other family members. It was often the only time entire families could gather together since on other days they were prevented from doing so by conflicting working hours.

For many people, it is a precious day to spend with their mother or to remember her.

Priestley care home in Birstall had a visitor on #MothersDay, who chose to spend time chatting to residents that had become friends of her own mum, who recently passed away.

Jill didn’t want to spend her time alone on Mother’s Day, so she kindly made some gifts up for the mothers in the home which she handed out and then had a relaxing afternoon drinking tea, coffee and enjoying cakes with the other residents.

Kirsty, the Activity Coordinator, said; “As a mum myself, I know how important Mother’s Day is and I like to make it a good day for the residents.
“I brought my daughter along, so I still had time with her as well as making it a special day for everyone at Priestley”. 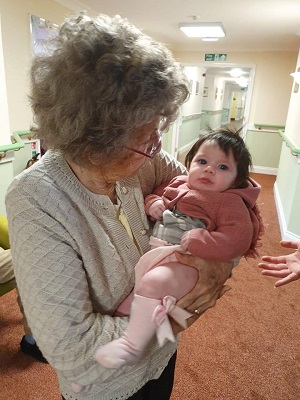 The Grange on Whinbush Way had a special little visitor last wek.

There were lots of cuddles.