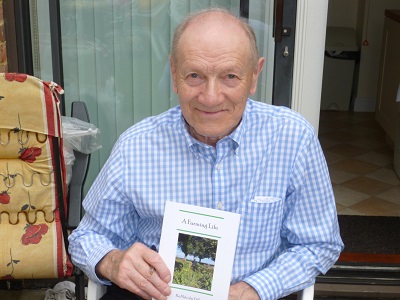 As people across the country came together to spin a good yarn and celebrate National Story Telling Week in January, a kind-hearted resident from an Anchor Hanover property in West Sussex is donating the proceeds of his first book to his favourite charity, The Woodland Trust.

While 87-year-old Malcolm, from Rosehill in Billinghurst, has written several pieces about his love of nature and his wartime memories, this is his first foray into publishing a book about his life. The book – ‘A Farming Life’ – brings it all together, taking the reader on a journey through farming history and exploring some of the challenges faced by dairy farmers before, during and after the Second World War. Malcolm has dedicated the book to his late wife Joy.

Born in a farm cottage on the North Downs in Kent, Malcolm was a fourth generation farmer. His earliest memory was at the age of four when he used to run amongst the cows and even riding one of them when she was grazing in the field.

By the time he was nine, Malcolm was milking cows and getting it bottled for delivery. Then, after leaving school in 1947, he worked his way up from being a general farm labourer to being responsible for the care of a herd of Jersey cows which are known to produce more pounds of milk per pound of body weight than any other breed. 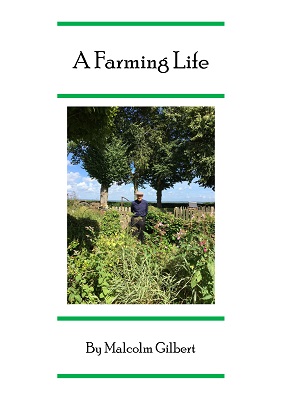 Throughout his life Malcolm has had many memorable moments. One of these was in 1979 when the farm Malcolm was working at suffered a huge drop in income as the government had decreed that dairy farmers should be paid for the milk produced rather than the combination of milk and fat. As the farm produced over 8% high fat content, the owner was on the verge of closing it down until Malcolm came up with the idea of also going into cream production and ended up saving the farm from closure.

Malcolm said: “When I was coming up to school leaving age I gave a lot of thought about what I wanted to do. At the top of my list was something that was going to give me lifelong happiness. As I was a very active person, anything sedentary was out of the question. When I looked at my parents and how happy they had been throughout their lives on the farm, there was only one thing I wanted to do and that was farming. That’s why it has always been so important to me – it made me happy!”

Jenny Scholfield, Woodland Trust Regional Manager for the South East, said: “A farmer’s love of the land never goes away and we are delighted that Malcolm has chosen to donate the proceeds of his debut book to the Woodland Trust. His valued support will enable us to look after the precious woods and wildlife we all cherish.”