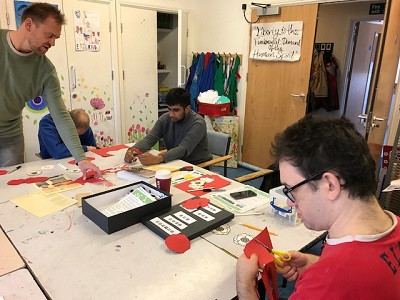 Optalis customers have recently taken part in a poppy making workshop at Boyn Grove Community Centre in Maidenhead to mark the centenary of the end of the First World War.

The poppies will be displayed outside the Guildhall in Windsor as part of the Remembrance Day activities.

The customers were assisted in their artistic endeavours by Creative Junction who engage people and communities through combined art, festivals, projects and events. They ran the specially designed workshop, helping customers put together a poem of remembrance and to create a number of poppies for the installation in Windsor on Remembrance Sunday.

Victoria Holt, Assistant Day Service Manager at Boyn Grove Community Centre, said: “We wanted to do something to mark this very poignant anniversary of the end of World War One, and explore the creative opportunities that we knew our customers could get involved with. 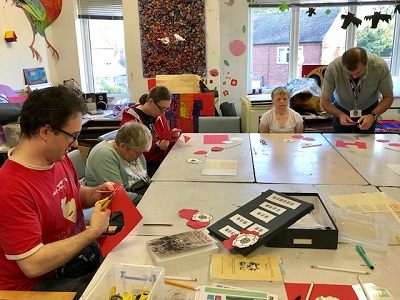 “The sacrifice made by all those who served in the War or lost their lives or were injured at home or on the battlefield, remains just as relevant today as it always has been.”

She added: “We are pleased that we can support this important local commemoration as our poppies will be part of a bigger tribute outside the Guildhall in Windsor.”

Around the Royal Borough of Windsor and Maidenhead, 2500 poppies are being made by various groups to represent the Windsorians who died in the Great War, which ended in 1918 (100 years ago).