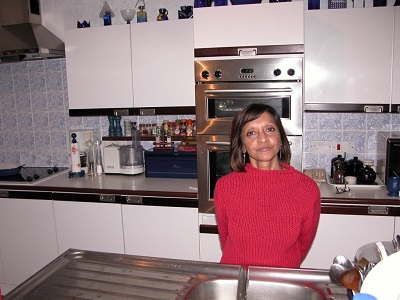 A GRANDMOTHER with dementia has started singing in French after using an app which enables non-musicians to create their own music.

Ginette Koonjean, 71, was born in Mauritius but moved to the UK 50 years ago and stopped speaking in French years ago as her condition deteriorated.

The retired nurse, who had been part of a choir, had also stopped singing – bar a few words – over 10 years ago.

But then she used the tool which can be played on an i-Pad and has been shown to help people with dementia engage with music and interact with people.

She then sang a full rendition of song in French – much to the surprise of her carers and family.

Her son, Louis, 45, a recruitment manager at TMP Bristol, said: “She doesn’t remember any song really and then out of nowhere she started singing in French.

“It’s impressive that she can remember the lyrics to any song– be it in French or English.

There’s something about that tool that gets her doing things she hasn’t done for a long time and it’s very pleasing to see.

“I think it’s great to see the MindHarp bringing back part of her brain process that she hasn’t used for many years.”

Ginette showed symptoms of dementia in 2006, at the age of just 59, in the same year that her husband, Philip, died. She was formally diagnosed five years later, at the age of 64.

Ginette had spoken in French, or Mauritian Creole, with her husband on a daily basis. They were both from Mauritius and had met at Hastings School of Nursing in 1968.

But after his death, she spoke the language less and less and eventually would only speak in English. 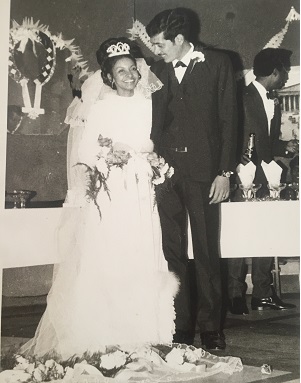 Louis, a married-father-of-one, said: “She was young to have had dementia. We knew it was coming as we had seen the changes in her, but it was sad and difficult to hear the diagnosis.

“She can still speak and engage in a conversation, but then ten seconds later she has forgotten.

“She struggles to find the right words and if someone speaks in French, she will revert back to English.”

Ginette, ran a nursing home in Bexhill in Sussex for 20 years, and moved to Bath when she retired.

She has been visiting the Peggy Dodd day centre in, Combe Down, Bath, for over four years.

She has used the app, which includes eight different coloured buttons, of carefully composed musical sounds, on several occasions.

Louis said: “She thinks she’s helping them out because she worked in a nursing home. She enjoys her time at Peggy Dodd.

“She’s generally quite a happy person and it’s lovely to see a glimpse of how she used to be – singing so passionately.”

Research has found regions of the brain associated with musical memory may be spared in Alzheimer’s.

And music can help in the recall of information with people with dementia, in a similar way to mnemonics.

A report from the Commission Dementia and Music, in partnership with the independent think tank International Longevity Centre (ILC, also found playing a musical instrument may lower the likelihood of getting dementia).

“We’ve seen people spontaneously sing songs from their country of birth – and in their native tongue -which we hadn’t heard before.”

“People start sharing their memories from years ago, which we may have been unaware of before.”

Stewart Redpath, one of the creators of the MindHarp, said: “It has been a joy to play and interact with Ginette through the MindHarp™.

“Beyond being a lovely, warm human being, it is clear that we have re-triggered her love and enjoyment of singing and also her original mother tongue. These moments are special for us.”

Mark Smulian, co founder of the MindHarp, added: “‘Ginette’s response to the MindHarp was immediate and inspiring. She burst into song and inspired us all to be open and supportive of one and other.”