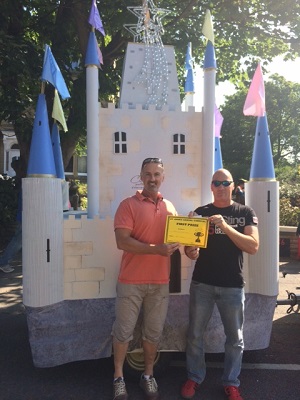 Residents and staff at Lakeview Rest Homes are thrilled to have received a double award at the St Annes Carnival.

With outstanding weather and fun activities, the Carnival offered fun for all. The festivities began with the ever popular parade and first to appear, in proud place near the front, was Lakeview’s beautiful 1937 Morris 8, four seat drop-head tourer. The vehicle is affectionately called “Daisy,” after director Nick Wood’s daughter. And since the real Daisy, along with her brother Alexander, joined their father in the parades, they had the additional joy of learning that the car had been awarded second place in the vintage car section.

The team were delighted when this was quickly followed by First Prize for their popular parade float– which this year depicted Disney Characters. ‘Cinderella’ proudly marched alongside her wonderful Cinderella Castle, accompanied by pirates, ‘Elsa, Snow White, the Incredibles’ and many others.

Residents, friend, family members and staff all contributed to the event. Some rode in one of Lakeview classic cars, others dressed in their Disney costumes, and residents also helped with ideas, balloons and decorations. 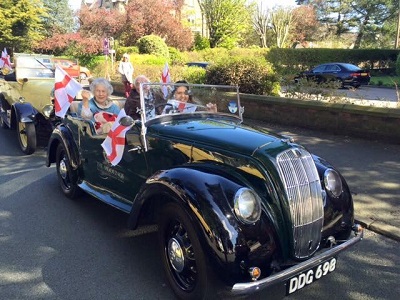 Pete Wood, director of Lakeview Rest Homes in Lytham St Annes said, “We are thrilled by this success and it is a tribute to our dedicated team of individuals who have worked so hard to support these local events and to raise money for the Army Benevolent Fund and Trinity Hospice. We are delighted and so too are our residents.” 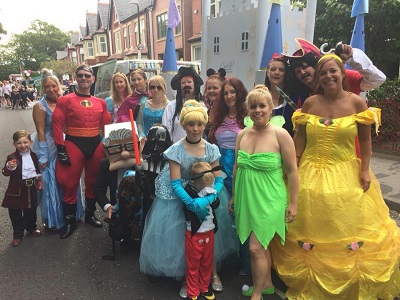