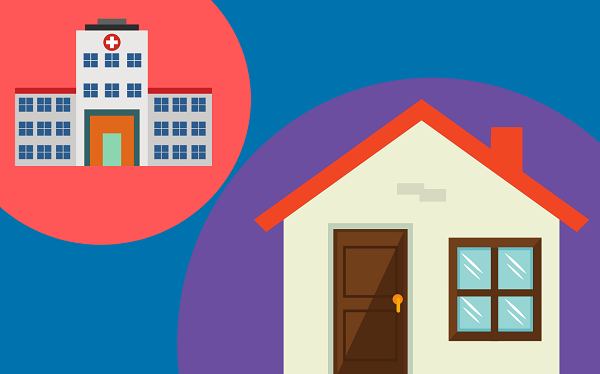 ‘Paul’ was just eighteen when he moved into Whorlton Hall, a now closed-down hospital in County Durham which treated adults with severe learning disabilities or autism until 2019. Whorlton Hall was one of two private hospitals brought into sharp focus during the 2010s thanks to two harrowing but landmark BBC Panorama documentaries.

On 31 May 2011, Panorama revealed inhumane practices found at an Assessment and Treatment Unit (known as ATUs) called Winterbourne View in South Gloucestershire.

Horrific undercover footage of staff dragging, hitting and restraining inpatients at Winterbourne View lit the blue touch paper 10 years ago last month (May), leading to widespread public outcry and a Government pledge to move anyone in an ATU back into their community by June 2014. Change, it seemed, was coming.

But in 2018, fresh whistleblowers approached the BBC with more tales of disturbing abuse at another hospital setting – Whorlton Hall. Years and years after the revelations of 2011, a second investigation presented an equally shameful catalogue of failure to the nation.

After Winterbourne, scores of treatment centres were scrutinized, people were prosecuted and many settings were closed down. Whorlton Hall would remain open until 2019, closing down only in the wake of the BBC’s follow-up piece in the late 2010s.

Today, there are still more than 2,000 people with a learning disability or autism living in an ATU somewhere in the UK. Government’s target was boldly set but not met, with abuse within institutionalised care continuing year after year.

Paul was moved to Whorlton Hall in 2010 having spent time at two separate children’s community services in Gateshead and then Manchester. On turning 18, he was sent to Whorlton Hall to be assessed while an alternative place to live was found in support of his transition into adulthood. He would stay there for more than seven years, with no hint of release nor light at the end of the tunnel – effectively becoming an adult whilst trapped in a hospital.

Paul has a rare developmental condition which affects many parts of the body and mind. Characteristics include delayed speech, sleep disturbances, behavioral problems, anxiety and self-harming.

At Whorlton Hall, Paul was regularly physically restrained, ignored, dismissed by staff and given no control over his life. He became destructive even of things he loved. Worse still, he would self-harm.

Fast forward four years and Paul is a different person. He lives in his own home, with the independence any adult deserves and back in the community where he belongs. Today, he lives the life he chooses. He goes to McDonald’s when he fancies a burger, regularly sees his parents and has even casually jammed with a Brit Award-winning musician at his local recording studio.

United Response’s person-centered support approach was instrumental in helping transition Paul away from Whorlton Hall and into a new home – where he could be himself and get the tailored and specialist support which he badly needed.

The charity was commissioned by the local authority to oversee Paul’s move back into the community, as well as provide support for him going forward. Manager ‘Shirley’ played a key role in steering Paul’s long-overdue but gradual move from ‘hospital to home’.

“Helping Paul move out of Whorlton Hall is the most rewarding piece of work I’ve done in all my 36 years in social care,” says Shirley. “It was a long and carefully-considered process, one which began with United Response staff spending around six months with Paul whilst he was still at Whorlton Hall.

“This helped us get to know him and, more importantly, vice versa,” she recalls. “Working in this way helped us carry out observations and plan a future support package based around him, his needs, personality and interests.”

Highlighting the importance of having independence was key, says Shirley. “This was a man who for more than seven years had no independence whatsoever, at a stage of his life when that should have been a journey he took naturally and with a curiosity anyone else would harness.”

“We did a huge amount of work with him in terms of demonstrating independence, what it looked like and how it could help him discover new things,” she continues. “When he first left Whorlton Hall, he wanted to move back in with his mum and dad. But we encouraged him to take his own steps and enjoy his newfound freedom.”

After six months, and with a bespoke Positive Behaviour Support plan in tow, the United Response team moved Paul into his new home – where he still lives today. He lives alone with arm’s length support from United Response staff, who spend around 160 hours each week helping him when he needs it.

“His quality of life has improved significantly and he is a different man,” beams Shirley. “His confidence has soared and he even recently had his Covid vaccine – impressive for a man with a fear of needles!”

Paul has also relished seeing his family again, spending quality time with his parents brothers and sisters on a regular basis. He also became an uncle for the first time, something which he cherishes. He regularly sees his niece, having built a wonderful relationship for which his family are so thankful.

Paul’s story is a clear success and a benchmark for how a transition can be achieved. But more must be done, says Shirley.

“There are still too many Pauls out there – people with learning disabilities or autism trapped in long-stay institutions with no hope of escaping any time soon,” she concedes. “But this is how it can work if you get it right – if you’re willing to put in the time and expertise, people can be given the live they deserve. Paul is living proof of that and we couldn’t be happier with how he has adapted back to a life he once knew.”

United Response’s chief executive Tim Cooper adds: “Paul’s story shouldn’t be noted for being unique. With the right backing, we and other providers can work with central and local Government to move even more people of all ages back into communities where they belong.”

To find out more about how United Response is moving people with learning disabilities or autism back into the community, visit the organisation’s website.

The charity, which supports around 1,900 adults and young people across England and Wales to live independent lives, has drawn on its own experiences to create free resources for support workers, care providers or families to learn more about how to successfully move someone back into their community.