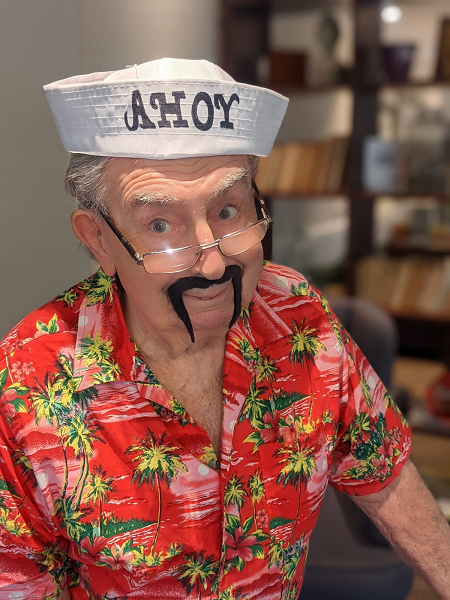 Barry Freestone (90) a resident at Kiwi House Care Home in Alvaston, Derby looks back at fond memories of his time in the Navy, serving with HRH Prince Philip, The Duke of Edinburgh on the eve of his funeral.

Barry served on HMS Chequers, a destroyer based in Malta which Prince Philip served on for a time before he was promoted to Lieutenant Commander, when the Duke finally took command of his own ship, the frigate HMS Magpie.

Prince Philip on the HMS Chequers

Barry recalls being introduced to the Duke and HRH Princess Elizabeth as the Duke showed his new wife around HMS Chequers. “He was an inspiration to us all, a pleasure to meet, they both were. I remember him as an immensely capable officer who drove himself as hard as his men. He could also be a bit cheeky as he rushed queen up the ladder saying, come on then, giving her a cheeky push up. He will be missed.”

Barry spent many years in the Navy and still enjoys a varied and active lifestyle through many of the social clubs at Kiwi House including the gardening club and enjoys spending time watching Naval films in the cinema or taking part in Maritime fancy dress themed days.

“Barry loved life in the Navy, he still does his morning exercise routine, I spot him on his sit-ups” said Sophie, the activities lead.