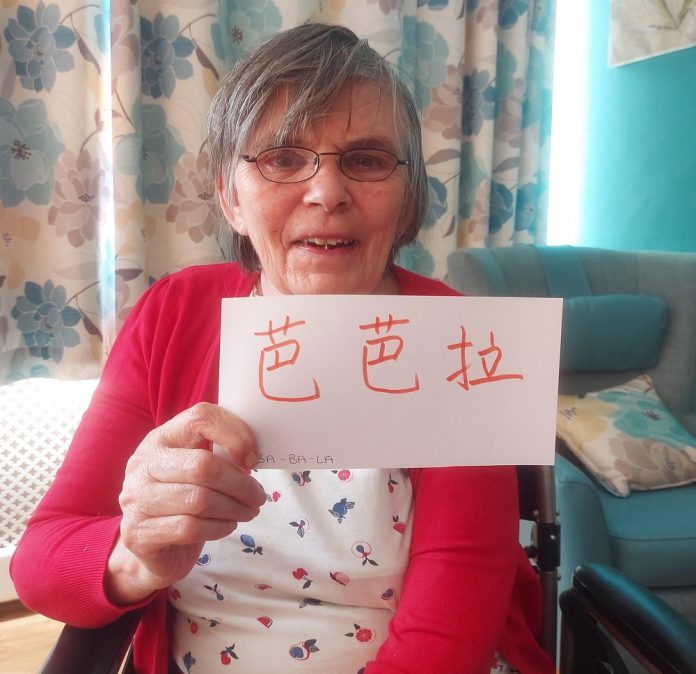 Residents at Cavell House care home in Shoreham have been exploring Chinese culture and have learned to speak and write in Mandarin.

During celebrations for Chinese New Year, Cavell House’s kitchen assistant, Geri Nacci, who was born in Sanxi province, China, came into the home on her day off to teach the residents her native language.

Barbara Hardy, 69, a resident at Cavell House said: “I learnt a lot about China during our Chinese New Year celebrations, I found it informative. I enjoyed making the fan and writing another language was very difficult, but I got the hang of it in the end! I have never been to China but would have liked to have gone, it looks like a wonderful country.”

Lionel Heryet, 87, another resident at Cavell House, said: “I thought our Chinese New Year celebrations were such good fun. I enjoyed learning about the history of the country. Like Barbara, I have never been to China, but I have travelled to some other great places.”

Soumya Baby, home manager at Cavell House, said: “The residents had a lot of fun celebrating Chinese New Year and learning more about the Chinese culture. You’re never too old to learn and it’s important that we all take time to understand more about other cultures and countries, and it was very interesting to discover more about the history of China.

“We would like to say a huge ‘xiè xiè’ to Geri our kitchen porter for taking the time on her day off to come in and share her knowledge and expertise with us.”