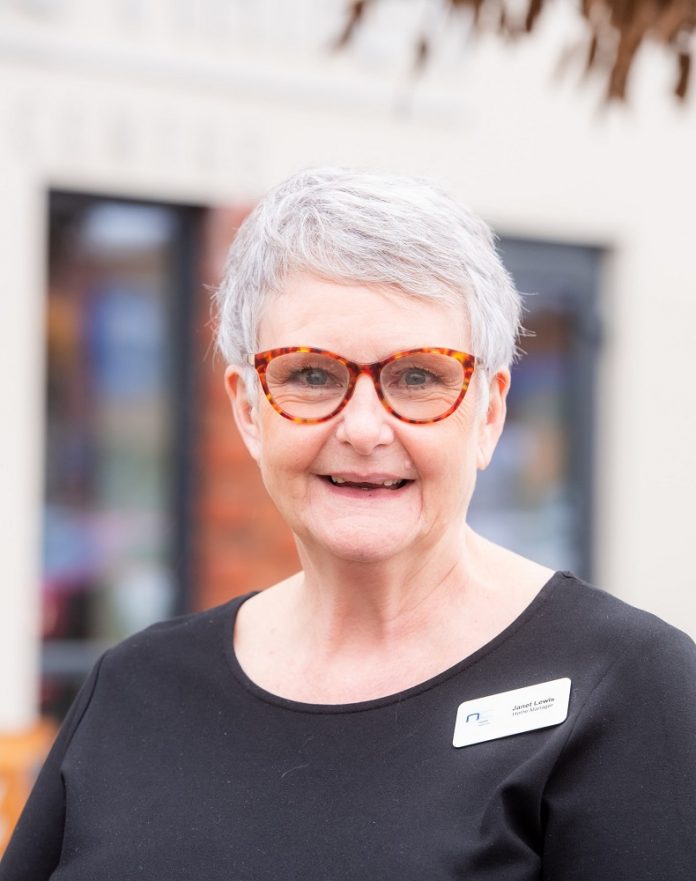 Janet has worked for New Care for over 12 months, joining the company in October 2019, and was previously the home manager of Ashlands Manor in Sale.

Janet, who will be responsible for a team of more than 100 employees and 68 residents, has been involved with Cheadle Manor since day one, having an active interest in its build programme.  Her overriding objective, now that the care facility is open, is to develop an outstanding care home that continues to provide a very high standard of care, creating a happy place for residents to live.

She is also determined to make Cheadle Manor a great place to work, ensuring her team feels valued and supported.

Janet is tasked with the overall operational responsibility for the day-to-day running of Cheadle Manor, and together with her Heads of Department, will strive to develop her team to ensure everyone has the same vision for the home and its residents.

This year Janet celebrates 40 years working in the health sector and has held several senior positions in the NHS as well as various management roles in the private health and social care sector since 2004.

Attracted to New Care’s strong values and culture, Janet was keen to be part of an organisation that prides itself on being people-focused and willing to invest in both its team and its portfolio, ensuring the resident experience is the very best it can be.

She says: “Joining New Care was an easy decision, and I enjoyed my time at Ashlands Manor, one of the company’s most sought-after homes.  However, it is wonderful to be appointed home manager at Cheadle Manor.  I have watched the home being built and now that it is open, it really is a stunning care facility that has naturally already generated lots of interest and enquiries.”

Married with two sons, Janet, together with her husband, shares a love of travelling, live music and cooking when not at work.

New Care is one of the UK’s leading development-led care home operators with a growing portfolio of award-winning care facilities across the UK.  Cheadle Manor is the company’s latest expertly designed, state-of-art care facility with an exceptional clinical offering, including residential, nursing and dementia care services.  The luxurious care home features 68 private bedrooms, each fully furnished and with an en suite wet room, as well as stylish communal lounges and elegant dining rooms, a spa assisted bathroom, hairdresser and nail bar, plus secure beautifully landscaped gardens.