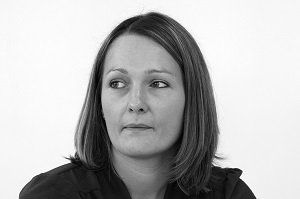 With the announcement of the new points-based immigration system following hot on the heels of the chaos of the pandemic, what does the future employment of those operating in the social care sector, and so heavily relied upon during Covid-19, look like?

Alex Christen, employment lawyer at Cardiff and London based Capital Law, explores the challenges of the new points-based immigration system and what needs to happen moving forward for those employed in the healthcare and social care sector.

The conditions contained within the new points-based immigration system threaten to create an enormous labour shortage in an already stretched care sector. The skilled workers route requires businesses to pay the employee at least £25,600 a year and the role must be skilled at A-level equivalent or above – these alone cause enormous problems for any care business considering becoming a sponsor – after all a large proportion of jobs in the sector are considered ‘low skilled’ and pay less than £25,600 a year – let alone all of the other eligibility hurdles the business and the worker will face. Ultimately, many European migrants who previously would have been able to enter the UK under the principle of free movement of people and work in the care sector will be barred from entry.

So what do the new proposals actually look like? Within the government’s proposals, they have introduced a new Health and Care visa – what Priti Patel says is the “quicker, cheaper and easier [option] for the best and brightest health and care professionals from around the globe to work in our brilliant NHS.”. This new visa will allow trained health care workers with good working English to benefit from the following:

However, and very controversially, only some roles across the health and social care sector are eligible to apply for the Health and Care visa including paramedics, social workers, nurses, midwives, scientists, pharmacists and medical practitioners among others.

The majority of social care roles do not qualify under the new visa system for health and care workers. Meaning, a large proportion of care workers will continue to have to pay the Immigration Health Surcharge and will not be able to satisfy the new skilled route eligibility requirements, largely due to the generally low wages in the sector.

Essentially the new immigration system will create an unequal dichotomy for high skilled and low skilled internationals working in the sector who are looking to continue to work and live in the UK post-Brexit.

So, what does this mean for international social care workers? Employers across the sector are being encouraged to invest in the care workforce through sponsoring migrant workforces, though it’s obvious that this creates a large administrative and financial burden for organisations. First, businesses must become a licensed sponsor which currently involves an application process and a fee of either £536 or £1476 depending on the size of the business. If approved, the business must then be satisfied that the worker they want to sponsor, satisfies strict eligibility criteria.  Eligible candidates are then issued a certificate from the business (costing the business £199 per certificate) and the worker must then apply for their own visa. The business must also pay an immigration skills charge per sponsored worker, and the amount will depend on how long they want to sponsor the worker for but could be as high as £1000 per year per sponsored worker.  With the upcoming upheaval to the immigration system, these delays and costs could rise further still.  The Home Office has said it plans to simplify the process of becoming a sponsor, but details have not yet been released.

Additionally, it is likely that the financial and administrative challenges combined with the severe penalties if employers are found to be non-compliant, will lead to many employers electing not to hire foreign workers, which would only increase labour shortages. Recruitment agencies have already reported that due to the recent uncertainty surrounding Brexit and the new immigration system, businesses are electing not to hire foreign nationals.

For the care sector to thrive, the government has far to go. It must acknowledge the potential pipeline crisis facing the care sector. Then it must take swift and decisive action to address it.

So what can the Government do to support internationals working in the UK in social care?

One option is to lower the wage and skills threshold. Currently the wage threshold can be reduced to £20,480 a year for migrants who have specific characteristics e.g. a PHD. However, jobs in the care sector do not require higher level degrees like masters or PHDs. Lowering the salary and skills threshold will allow for a greater influx of migrants who want to work in the care sector to arrive into the UK. But based on policy statements however this is unlikely to happen as the government remains intent on only allowing high skilled workers into the UK.

The Government could also, place carers on the list of those entitled to access the health and care visa.

Alternatively, the government could create a separate visa route for low skilled, temporary, and seasonal workers. The criteria for this visa should be broader and the visa lengths variable. This would give care sector employers the flexibility to hire workers as and when they are needed. Seasonal visas do exist although the government has said it will not introduce a ‘low-skilled’ visa route.

The Government has yet to launch any detail supporting those working in the social sector – those who have contributed massively to saving the lives of loved ones throughout the pandemic. Only time will tell if social care workers will be given the same visa opportunities as those on the select list eligible for the Health and Care visa.