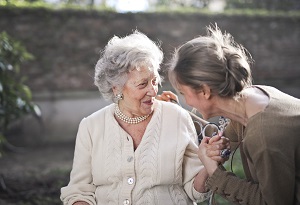 Major new analysis of the state of the health and care system in England in the run up to the Covid-19 pandemic today reveals the extent of the crisis that was facing medics and carers even before the crisis hit. The report argues that a decade of austerity had ‘ripped the resilience out of the heath and care service’ leaving it in a ‘dire state’ just as it faced its greatest challenge since its founding.

The IPPR think tank analysis of NHS and international data found that just before the crisis hit:

The IPPR report says that while the NHS in England was not overrun by Covid-19, the lack of capacity in the health system forced government to make harmful policy choices. This included 2 million cancelled ‘non-urgent’ or ‘routine’ treatments; the delayed screening, treatment or diagnosis of cancer for 2.4 million people; and a mass discharge of thousands of patients. The latter often put strain on social care and, at times, meant Covid-19 positive patients were sent to care homes.

While the report does not criticise the overall strategy of moving care into social, community and home settings, it does highlight that it was a historic failing for so many of them to have been in hospital beds in the first place. The report points to the chronic shortage of beds in care homes and the crisis in social care as a primary cause.

IPPR argues that had just a fraction of the Westminster government’s covid-19 economic response been invested in the health and care service before the pandemic, there could have been as considerably better health outcome.

For example, had the £1.3 billion given to support discharge during the coronavirus crisis been invested in early 2019 it could have paid for a combined 3,600 hospital beds, 7,000 nursing home beds, 8,500 care home beds, 10.8 million hours of community care and 2 million occupational therapy sessions in that year.

This investment would have significantly eased pressure not only during normal times, but also helped build the resilience needed to handle health crisis such as Covid-19, according to IPPR.

The think tank therefore calls for a long-term approach for the health and care service in England, to build resilience for any future crisis and to ensure the system isn’t always ‘running hot’ during normal times:

“For more than a decade, health and care has been ruled by a brutal austerity logic – championed by people who said it would make the UK more efficient. Covid-19 has shown they were wrong.

“Far from making public services more efficient, austerity stripped resilience out of the health and care service – taking away beds, devastating social care, pushing staff out of the sector, and ignoring public health.

“Covid-19 is one of the most devastating disasters in history. After an earthquake, you’d build earthquake-proof structures. After Covid-19, we need crisis-proof healthcare.”