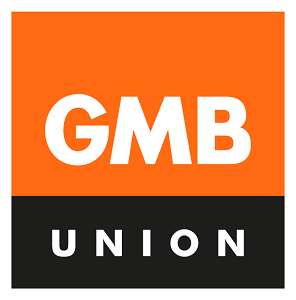 The doubling of the number of deaths in care homes from all causes than two weeks previously requires urgent response including more testing says GMB London.

GMB London and East of England, the union for staff in the care sector, is calling for urgent and immediate action from Government, Local authorities, NHS, care home operators and the Health and Safety executive to deal with what GMB members in the sector are describing as ” a ticking time bomb” arising from the rising deaths in care homes which is a threat to the safety of staff and residents.

The call comes as the latest figures from Office for National statistics (ONS) shows excess deaths 8,000 above that average of which 80% involved COVID-19.

A worryingly high number of these excess deaths are in care homes. ONS data includes all death registration including 13% in care homes. The national number of 1041 is up from 217 week before. In Care homes there have been more than double the number of deaths from all causes than two weeks previously. Some 17% mentioning Covid-19 on the death certificate.

Across England and Wales there were 18,500 deaths registered. This is over 2,000 more than the week before and 8,000 more than would be expected at this time of year. About a third of those excess deaths, around 6,200 mentioned COVID-19 on the death certificate. 53% of all registered deaths in London the week ending 10 April Good Friday, were COVID-19 related. The ONS figures are 40% higher than government figures for COVID-19 related deaths and 20% higher than NHS England figures.

In care homes there have been more than double the number of deaths from all causes than two weeks previously.

GMB is each day receiving emails and calls from frightened members who work in the care homes still concerned that they’re being sacrificed and forgotten. Many feel that their lives don’t seem to be as important as other key workers. Clearly our care staff are working in highly dangerous workplaces,

Government must prioritise the protection and care to carers and their residents or the ticking time bomb will go off.

One example of the calls is a member who told us she had been self-isolating with symptoms of COVID-19, as recommended by NHS Direct website, for the first 7 days of isolation She received Statutory Sick Pay, but because she was still showing symptoms of COVID-19 after the first week of isolation she had to arrange a further 1 week holiday to cover her second week of isolation. This isn’t an isolated case. Many carers are having to chose between putting bread on the table or their own health and that of their families.

GMB reiterate our call for social care to be taken back into the orbit of the public sector. For too long it has been cut adrift, starved of resources and those who care and nurse our elderly are taken for granted. GMB has set out before many of the policies required to end the Cinderella service.
However to deal with this immediate crisis in the care homes there has to be coordinated action by Government, local authorities, NHS and Health and Safety Executive to ensure the safety of staff and residents. Testing on a big scale has to be extended into the care homes without delay. “