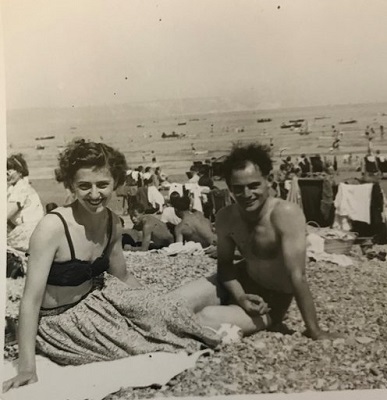 Devoted Bristol-born two-some Victor and Glennis Holvey, both 93-years-old, have been married for an incredible 73-years! The couple, who lived just two doors away from each other as youngsters, officially met at a local dance when they were both 17, and they’ve been inseparable ever since. They now live together at Brunelcare’s ABC Centre in their own self-contained apartment with help on hand should they need it.

Meeting during WW2, in 1944, Vic and Glennis admitted that they used to ‘spy’ on one another from their bedroom windows. The couple decided to marry in 1947 at St Anne’s Church, Brislington, Bristol, when Victor was on a home visit from the navy. Shortly after their marriage, Victor was once again deployed into the Navy where he served on and off for five-years while Glennis worked at Willis. After the war, Vic drove buses and coaches for 40-years and Glennis looked after her ever-growing family in St Anne’s.

Glennis said: “I remember the night we met like it was yesterday. Victor had arranged a fabulous dance at Barton Hill, it was great! We danced all night together and then he walked me home, it turned out he was my neighbour I used to ‘spy’ on out my bedroom window.” 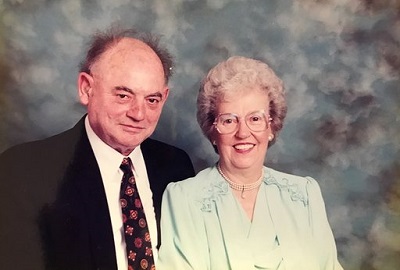 Vic said: “During the war, I used to write letters to Glennis, I missed her very much when I was away, we’ve had an amazing life together and I love everything about Glennis. She’s my best friend and it’s an honour to have been married to her for so long. Now, we’ve finally settled down at Brunelcare’s ABC Centre and it’s great, we have help when and if we need it.”

The happy two-some have four children, six grandchildren, eleven great-grandchildren and one great-great-grandchild who visit them at the centre almost weekly. The pair like mooching around the ABC Centre and attending coffee mornings, bingo and arts and crafts sessions. The love birds celebrated Valentine’s Day in style by attending the Extra Care Housing Site’s Valentine’s Day quiz.