‘All talk, no action’ on social care reforms could see two million more people delay financial plans to meet care needs before the next general election

More than two in three over 75s say they are delaying making financial plans for residential care until the Government has introduced new reforms to the social care system which are yet to be outlined by Prime Minister Boris Johnson.
Research by Just Group found that 68%1 of over 75s – around 3.8 million people2 – said they that they were delaying making plans for any residential care they might need until new plans are in place. If two-thirds of those set to turn 75 before the next general election in 2024 also choose to delay making plans for care, that could see a further 2.25 million people waiting for government action.

Delaying care planning increases the chances that families will have to make a rushed decision on finding care urgently for a loved one who they discover can no longer cope at home, perhaps because of illness or injury due to ageing.

Stephen Lowe, group communications director at Just Group, says the figures are a reminder that the years of political dithering over reform of social care must end and the Prime Minister needs to prioritise action on his recent statement that he will bring forward a proposal this year with the aim of implementing it by the end of this Parliament.

“There have been at least nine White Papers, Green Papers and consultations on the care system in the last two decades – but no tangible progress. It’s easy to see why people delay their plans. A little less talk and a lot more action from the government is what is required.

“Nobody really wants to think about becoming frail and vulnerable – but making plans for that eventuality when you are fit and healthy is certainly the best approach.

“Doing so avoids having to make ‘cliff-edge’ decisions, often with limited choices, at what is an intensely stressful time. Yet, the government’s complete lack of clear policy on this issue is exposing millions of people to this risk.”

Just (Just Group plc) is a FTSE-listed specialist UK financial services company.
A leader in the individual retirement income, care and defined benefit de-risking markets, Just has been trusted to manage over £19 billion of customers’ retirement savings and has helped customers release over £4.6 billion from their properties. 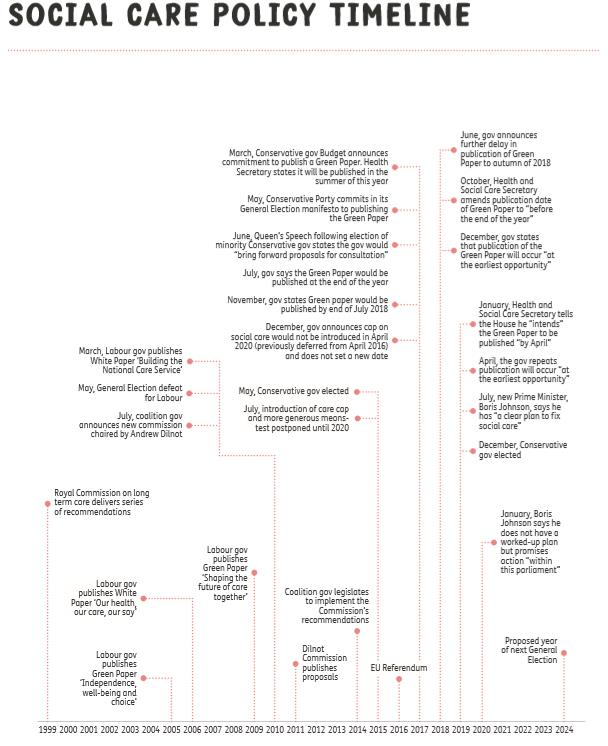