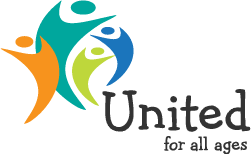 Urgent action is needed to tackle the divisions facing older and younger generations and unite Britain, according to think tank United for All Ages in its new report, Together in the 2020s, published today. Britain is one of the most age-segregated countries in the world, has become more so in the last decade.

Bringing younger and older people together can help tackle some of the biggest social problems facing all generations in Britain – from poor health and care, anxiety and loneliness to learning, housing and lifelong opportunities. Intergenerational projects can change attitudes to ageing, reduce ageism and increase trust in a country where people are often divided by age, as seen at the recent general election.

Britain and its ageing society could be transformed by acting on the report’s recommendations contributed by twenty-five national and local organisations. The contributors are concerned about improving relations between the generations and range from the Children’s Commissioner for England, Local Government Association, Nesta and Youth Sport Trust to the Older People’s Commissioner for Wales, Centre for Ageing Better, Care England, Anchor Hanover and Grandparents Plus.  They have shared ideas and projects for making Britain ‘a country for all ages’ by 2030.

The report makes key recommendations for action for all ages in:

A full list of the report’s twenty recommendations is below in Notes to Editors.

The report’s analysis of recent research shows Britain is one of the most age-segregated countries in the world, particularly for the oldest and youngest generations. In Britain, people have relatively little contact with other generations outside their own families.

This trend has intensified in recent decades and has been exacerbated by the housing market with older people more likely to live in rural areas and towns with younger people in city centres. Residents of some local authorities are much older on average than other areas, and vice versa, putting pressure on local services and finances. Wealth has become more concentrated amongst older age groups.

Some nine million people say they are lonely. Four million of those are older people with many younger people also reporting loneliness, with a major cost to health, work and finances. Ageism is the most commonly experienced form of prejudice – by older and younger people – but is not given wide attention.

Examples of projects featured in the report that could be scaled up to include: The Together Project; InCommon; Youth Sport Trust’s Active Across Ages; Brightside; Homeshare; Apples and Honey Nightingale; London Play; Clarion Futures; Activate Learning; and The Cares Family.

Stephen Burke, director of United for All Ages, said: “Bringing Britain together is one of the biggest challenges for the new decade. The last decade saw huge disconnection and division. The 2020s can be different. Ending ‘age apartheid’ and ageism and promoting more intergenerational mixing could help create a Britain for all ages by 2030 – united not divided.

“More mixing between the generations is the way to build trust and understanding across our communities and our country. To make it happen requires not just vision and ambition, but also political will and leadership locally and nationally