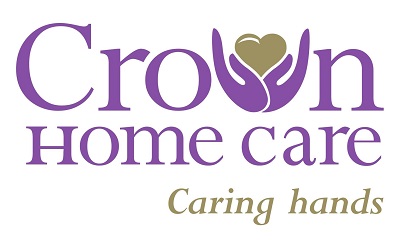 Tributes have been paid to one of Newcastle’s most influential businessmen who died suddenly while on holiday.

Baldev Singh Ladhar, better-known as Dave, was highly influential and well regarded in the region and across the country, heading his family business encompassing, land, property, retail, leisure and the care industry.

Family, friends and business associates gathered at memorial service at Newcastle Civic Centre on what would have been Dave and his wife Sarah’s ruby wedding anniversary, and heard tributes paid by many people including HRH the Duchess of Northumberland.

Dave, 60, died last month and a traditional funeral service held for him in India. His brother John Ladhar said: “We have been overwhelmed with tributes and messages of condolence for Dave from the local, national and international business communities as well as family and friends.

“As a family we are utterly devastated at the loss of a dear brother, husband, father, uncle, granddad and friend who will be sadly missed by many.  “He was a hard but extremely fair businessman hugely loyal and respectful to all he worked with He was passionate to all that he was involved with. He had time for everyone with a remarkable and genuinely positive outlook on life.  Perhaps one of the most memorable qualities of Dave was not just his ability to achieve the inevitable, but rather his ability to inspire others.”

Dave was born in Ladharan, Punjab, India, to Gurcharan Singh and Nasib Kaur Ladhar on 11 December 1958 and came to reside in Newcastle in 1966 aged 8 years old.

Dave’s first employment was at Parsons and during his apprenticeship he won a global competition for an engine diagnostic design he created after observing his brother John at work in the local mechanics garage. Dave was also awarded apprentice of the year.

In the mid-70s their father saw an opportunity to acquire a retail business and to push his son’s further purchased the Vauxhall Road shop in Daisy Hill.  It was no doubt quite a surprise for many of Dave’s colleagues at Parson’s to return to work only to find him standing at the factory gate selling the Chronicle.

This was the family’s first mark in the East End of the region through their local shops and then moving into providing housing for local people with many different types of accommodation purchased through the 80s.

Dave was fiercely proud of his adopted city of Newcastle. He pioneered the development of the family’s care division in 1989, motivated by his upbringing and the motto of caring for our elders who deserved the care and support after they have provided so much throughout their lives to the younger generations.

Under the brand Crown Care, the company currently operate 15 homes across the country, three more currently in build and six more in the pipeline.

He was immensely proud of his latest addition to the business – a future concept in care provision. The village located in Daventry is currently being built out and Dave’s vision will now be carried forward by son Michael and nephew Barry Ladhar.

The company is committed to the delivery of new developments already underway in Buckingham, York, Grantham and Chesterfield with further pipeline for development established.

Son Michael said: “Family was everything to dad – sisters, daughters and grandchildren could ring any time and he would always have time. For everyone, despite his busy nature business never got in the way of family, it was rather the other way round, family motivated Dave to achieve what he did.”

There is no doubt the sudden loss has made a huge impact, but we are committed to continue the work he started and continue to grow Crown Care, to deliver the very highest quality of service to our customers and to continue to press the boundaries in the health care sector always looking at the next development of care provision and ensuring we are there at the front”