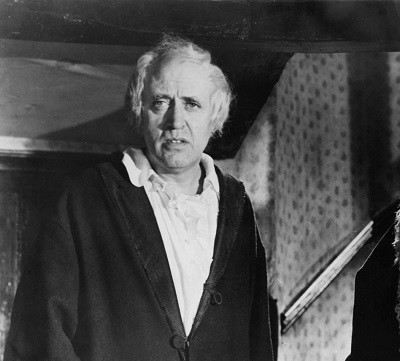 Campaigners say the Conservative party is acting like Scrooge over social care in its manifesto for the coming Christmas General Election.

But the Independent Care Group says that, like the character in the Charles Dickens story, there is still time for Boris Johnson to change his way before the big day.

The Independent Care Group (ICG) has given its verdict on the treatment of social care in the three main parties’ manifestos.

Chair Mike Padgham said: “The Independent Care Group is a non-political organisation so we won’t come down in favour of one party over another.

“However, in terms of social care, it is clear that the parties treat it very differently, with none really grasping it as the number one domestic issue. The biggest challenge is that people have lost trust in all politicians that any of them deliver on social care.

He said if the polls were correct, the Conservatives looked most likely to win the election and the lack of detail in their manifesto on social care had left him dismayed.

“All we have in the Conservative manifesto is a promise of £1bn extra a year for social care – which, though welcome, won’t even touch the sides in terms of ending the crisis. Aside from that, we have vague promises about guaranteeing that no-one should have to sell their home to pay for care. This is well short of what Boris Johnson said on the steps of Downing Street when he promised to “fix the crisis in social care once and for all…”

“Once again, social care has been kicked further down the road by the Conservatives and we have been left like Tiny Tim in A Christmas Carol.

“But like Scrooge, there is still time for Boris Johnson to change his ways and save social care – we call on everyone to put pressure on him to do so.”

Of the other parties’ manifestos, Mr Padgham said Labour’s was the only one to promise any long-term reform of social care.

“It is moving in the right direction, with more funding pledged and a vision of a longer-term plan for social care, albeit that NHS and social care are still being treated separately, which is disappointing.

Of the Liberal Democrats’ proposals, he welcomed the extra £7bn a year that was being promised between NHS and social care and funded via an extra penny on income tax.

Mr Padgham added: “Again, this is a welcome, short-term cash injection but, once split with the NHS, will sadly have little impact.

“And again, the Liberal Democrat manifesto lacks any real long-term plan for solving the social care crisis further down the road.”

He called on the three party leaders to visit social care on the frontline to see for themselves the challenges being faced.

“I don’t think for any of the parties the true depth of the crisis has really sunk in – they need to see social care on the front-line and witness the ghost of social care present. Then maybe they will change their ways,” Mr Padgham added.

He called on the public to campaign for social care ahead of polling day.

“This is the care of older and vulnerable adults that is in crisis – that is mothers, fathers, aunts, uncles, brothers and sisters who aren’t getting the care they need,” he added.

“There is still time – just – to save social care at the General Election 2019.”

The Independent Care Group invited party leaders Boris Johnson, Jeremy Corbyn and Jo Swinson to its conference in York last week to hear how they will tackle the crisis in social care which has left 1.5m living without the care they need.

When none of the leaders arrived, life-size cardboard cut-outs of all three were put on stage instead.

The ICG has launched its own social care manifesto calling on politicians to make firm pledges to tackle social care and commit to investing more in the sector.

In its manifesto, the ICG calls for the next government to get more money into social care to halt a crisis which has seen care homes closing and home care providers handing back untenable contracts.

It wants a guarantee that people receiving publicly-funded care can receive it in their own home or close to where they live so that they remain in their own, familiar, communities.

The ICG calls for better funding of social care, through taxation or National Insurance and for social care and NHS care to be merged and managed centrally or locally.

The ICG suggests that a fixed percentage of GDP should be spent on social care, that dementia should be regarded as a health issue, like cancer or heart disease, that there should be  a cap on social care costs, including ‘hotel’ charges and that people should be encouraged to save for their own care, as they do for a pension.

It also calls for measures to improve the standing of care staff to improve recruitment, including a minimum wage for social care workers, above the National Living Wage and more nurse training and bursaries to encourage recruitment and help end the shortage of nurses in care.

The ICG also wants to see a minimum, agreed level of care fees, social care businesses to be zero-rated for VAT so that they can claim it back, as other business sectors do and the Care Quality Commission to have much greater powers to oversee all commissioning practices such as per-minute billing and 15-minute visits.