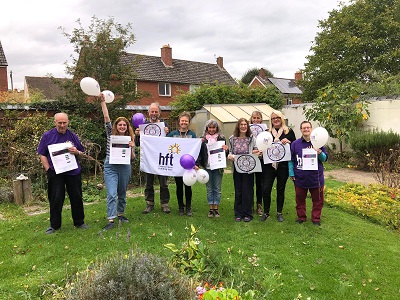 A service providing “outstandingly individualised outcomes” for people with learning disabilities in Stroud has been awarded an overall rating of ‘Good’ and given an ‘Outstanding’ in one of five key areas by the Care Quality Commission.

The service is run by national learning disabilities charity, Hft, and supports seven people to live independently in a residential setting. A published report following its inspection described the service as being “tailored to meet the needs of individuals” and found that people were “given opportunities to live a fulfilled and meaningful life.”

Inspectors noted that staff members had a creative and person-centred approach to support, meaning that people were able to “exercise more control over their lives and experience greater levels of inclusion, independence and choice” and that people were empowered to be involved in the local community.  An example cited in the report featured a person who was supported to carry out a litter pick after commenting on the amount of litter on the streets. They were then supported to contact the local authority and local MP to raise their concerns, leading to them carrying out a community litter pick event, which boosted their confidence and developed new skills and knowledge.

Another example of people benefiting from opportunities to explore new activities and challenge themselves included a person who had been referred by their GP to a therapeutic art group. After finding out the group was to be disbanded, the person was determined it should continue and is now being supported to find a new venue, secure funding and facilitate the running of the group.

As part of the inspection, feedback was gathered from supported people and their relatives who were found to be “extremely positive” about care at the service, reporting that people were supported “in a sensitive and compassionate manner by a very caring staff team.” One relative said: “It’s definitely an impressive place. They cater to everyone’s level of need.”

Kathleen Howitt, Registered Cluster Manager, said: “The people we support are at the heart of everything we do and we have a brilliant staff team here who continually go the extra mile. We are delighted with our recent inspection rating, which we feel is a great reflection of our ongoing commitment to supporting people with learning disabilities to live the best life possible.”