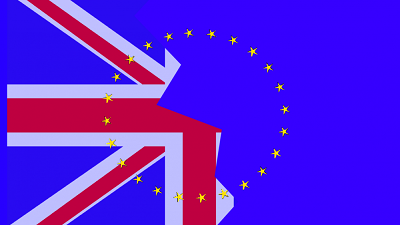 There is a risk of delays to supplies for health and social care if the UK leaves the EU without a deal. Government has done an enormous amount to manage this risk, but the National Audit Office (NAO) highlights that there is still significant work to be done. This includes improving government’s understanding of preparedness across the supplier base, putting in place sufficient freight capacity to carry priority goods, and improving the readiness of the social care sector, including nursing homes.

In its report, published today, the NAO has reviewed the Department for Health & Social Care’s (DHSC’s) preparations to make sure the UK has a steady flow of supplies for the health and social care sector when it leaves the EU. Of the 12,300 medicines used in the UK, DHSC estimates that around 7,000 come from or via the EU.

The NAO recognises that this is a significant challenge and it is is not possible for anyone to know exactly what will happen at the border if the UK leaves without a deal.

“Today’s report lays bare the DHSC’s frantic work to prepare the health service for the disruption of a no-deal Brexit. But the gaps it shows underline that this may be an impossible task in the short time available.

“There is reassurance that stockpiling is proceeding rapidly, at least for medicines. 91% of products had been stockpiled before the last Brexit date, although 9% missing is still too high. But it is very troubling that suppliers have found new routes into the UK for only 25% of medicines. The strategy is dependent on medicines still getting in: otherwise the six-week stockpile will simply run out over the months of delays anticipated. We must remember that NHS trusts need services like laundry and food as well. There is little here to reassure us that they are ready for shortages or supplier failure.

“The report says starkly that DHSC has not been able to get assurances that social care services will be ready for a no-deal exit. With many care providers in a very weak condition after years of financial and staffing shortfalls, this is an urgent worry. The impact on vulnerable people could be severe.

“For the first time, we see it acknowledged that preparations are underway for the financial impact of a no-deal Brexit. It is good that the risks are being weighed up, but our work suggests extra costs in the medium term could reach £2.3 billion each year across the UK [2]. Extra costs on that scale would require pulling NHS funding back from the front line, or a rethink from the Treasury.”

Mike Padgham, Chair of the care providers’ group, The Independent Care Group, said: “It is important that the threat to social care from a no-deal Brexit is being recognised and it is good that the Department of Health is addressing the issue. Medicines and uncertainty over staffing levels are just two of the concerns the sector has over Brexit.

“However, the real challenge for social care is the ongoing crisis on a day to day basis. A chronic lack of funding over a generation has left a situation where 1.4m can’t get the care they need through a lack of homecare and care beds.

“That is the real challenge and why the Government has to act and stop kicking the problem further and further down the road – as evidenced by the continued delays to the social care Green Paper.

“Worrying about Brexit and social care is a little like worrying about a broken leg, whilst the patient suffers a heart attack.” “We need to hear solutions to the social care crisis from the Government and from all political parties and we need to hold them to account to deliver. We have had 20 years of broken promises from all parties, and it is time for change,” Mr Padgham added.

He said providers had been warning for years over the crisis in social care, which has left those 1.4m people unable to get the care they need. Some £8bn has been cut from local authority social care budgets since 2010. Care and nursing homes are closing and homecare agencies are handing back contracts because they are untenable to deliver.

Government’s own “reasonable worst case” assumption is that the flow of goods across the Channel could be reduced to 40-60 per cent of current levels on day one. This assumption underpins DHSC’s preparations to try to avoid disruption. It has identified high risk areas and taken steps to respond. It has taken a multi-layered approach, focusing on three areas.

Building up stockpiles and obtaining space in warehouses

·         DHSC has encouraged suppliers, including pharmaceutical companies, to build up stockpiles of medicines and other supplies but it has incomplete information about the level of stockpiles in place. It has also secured additional warehouses for companies to use.

·         DHSC has created its own stockpile of six-weeks’ worth of equipment and supplies that the NHS gets through at high volume, such as gloves and syringes. Its stockpile was 88% complete as of 20 September.

·         Supplies of goods other than medicines for social care providers have not been similarly stockpiled.1 DHSC has asked providers of care in nursing homes and domestically to put in place robust contingency plans for the possible implications of a ‘no deal’ EU Exit. DHSC does not yet know how many providers have followed its advice, what preparations have been made and whether needs will be met.

·         DHSC has started procurement of its own dedicated courier service which can pick up urgent medicines and supplies direct from manufacturers in Europe and deliver them to where they are needed in the UK. This will provide capacity for 50 pallets and an additional 35m³ of urgent or specialist goods to be transported each day.

·         Despite recent efforts across government, there is a risk that traders, including medicine suppliers, will not be ready for new border processes by 31 October.

Increasing DHSC’s ability to monitor the situation and respond.

·         DHSC is putting in place contingency plans to address any shortages in supplies. It is strengthening its ability to monitor the situation and respond quickly. It will get regular reports from local bodies about the situation in their area and it has set up a command centre to address getting supplies to places with potential shortage