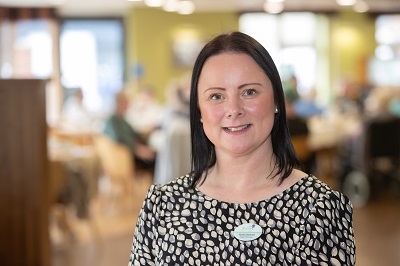 Nicola, 45, will be responsible for managing the household teams at the village, rated recently as ‘outstanding’ by the Care Quality Commission (CQC), ensuring they are equipped with the required knowledge and experience to meet customer needs. As the registered manager with the CQC, her role will also involve responsibility for certification of care services to ensure they comply with legislative and organisational standards.

Starting her career in the care sector in 2003, working for the former CLS group as a domestic assistant, Nicola completed qualifications in health and social care to enable progression to care assistant, senior carer and care team leader roles. Following completion of her BSc in adult nursing at Salford university in 2008, she joined Belong’s newly-opened Atherton village as one of its first nurses; gaining promotion to lead nurse just a year later. In 2014 she also attained a degree in leadership and management with West Cheshire College, which led eventually to her taking on her new role as support manager.

As a leading example of frontline nurses in social care, in 2018, Nicola was invited to Buckingham Palace to meet Prince Charles. She has subsequently helped to guide the Belong Atherton team to achieve platinum status in the Gold Standard Framework, to go with the village’s ‘outstanding’ rating awarded by the CQC.

Originally from Astley, Nicola lives in Tyldesley with her husband and two children. She is a former ‘Nurse of the Year’ winner at Wigan and Leigh Hospice Awards.