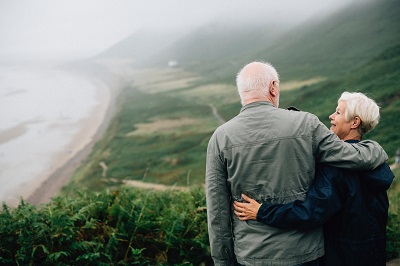 Providers are angry after Prime Minister Boris Johnson warned that action on social care was to be delayed until at least the end of the year.

Mr Johnson has said he is working hard to find a solution to the social care crisis and that he is seeking cross-party consensus on a way forward.

But care providers say his admission that no solutions will come forward until the end of the year is a betrayal of the 1.4m who are today living without the care they need.

The Independent Care Group (ICG) is calling on Mr Johnson to make tackling the social care crisis his number one domestic priority.

The Group’s Chair, Mike Padgham, said: “We are extremely dismayed that Mr Johnson looks set to follow the path of his predecessors and fail to bring long-overdue action over social care.

“He had promised the 1.4m people living without care that he was going to tackle social care ‘once and for all’ but now we are told nothing will happen until the end of the year.

“By then that 1.4m figure will have grown substantially and the number of care and nursing homes and homecare providers facing a battle to survive will have grown too, with many falling by the wayside.”

The ICG is dismayed that despite making promises over health, education and law and order, social care looks set to miss out again.

“Why is it that social care is always pushed down the priority order? When Mr Johnson became Prime Minister he set out his intentions to tackle the crisis quickly and prevent people having to sell their home to pay for care. But here we are, just weeks into his premiership, and he is already going back on that pledge,” Mr Padgham added.

“Support for social care is vital to help older and vulnerable adults and it also relieves pressure on the NHS, so it is a win-win for the Government, but nothing ever seems to get done.

“Seeking political consensus is very laudable, but what this country needs to see is action.

“Angela Merkel set Mr Johnson a 30-day deadline to solve Brexit – well we should do the same, but the solution to the social care crisis will be much easier to achieve.”

The ICG says social care is in crisis with 1.4m people living without the care they need and providers failing. It has written to the Prime Minister inviting him to visit social care providers on the frontline at its base in North Yorkshire to see the challenges facing the sector. It is calling for urgent action to be taken straight away to get extra funding into social care. It argues that there is a human case and an economic case for supporting social care. Support for social care eases pressure on the NHS by keeping people out of costly NHS hospital beds. The sector employs 1.62m – more than the NHS – and contributes £40.5bn to the economy.

The ICG says the past 17 years has seen 13 documents – four independent reviews/commissions, four consultations and five white and green papers on care. It argues that action, rather than further discussion, is now overdue.