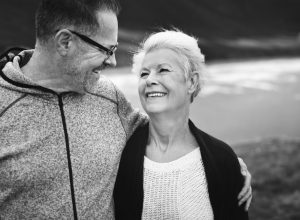 Whose responsibility is the care of older adults? Is it the family? Is it the state? Is it the older person herself? How should we respond ethically to the needs of an increasing older population with fewer younger people available to deliver care?

The research meeting focussed on case studies developed by the team relating to residential and home care in China and the UK. The case studies focused on ethical challenges for older people and families in negotiating roles and responsibilities. Commentaries were invited from experts across 11 different countries including from the UK, Hong Kong, Singapore, Canada and the USA. During the three-day networking meeting, experts discussed the case studies and broader issues of philosophy, policy and practice as they concern the future of caregiving for older adults in different parts of the world.

Day two was devoted to public engagement, with local caregivers and family members joining with the group of international experts to share their perspectives. The international group had the opportunity to learn about one of the best places to age in the UK with a visit to historic Whiteley Village. The day ended with an innovative immersive theatre performance by the Entelechy Arts Company. This performance enabled international experts and the public to engage with the question ‘Whose responsibility is the care of isolated elders?’. The company is recognised for its pioneering programmes of work supporting the creative and social inclusion of isolated older people.

One participant said: “I thought the performance was very impactful, mainly because it felt ‘real’. I felt slightly awkward in the interactions with the actors because some of the stories were quite emotional, and I did not know to what extent the actors were drawing on personal experiences or the experiences of people close to them”. Another said:  “One of the main things I gained from the performance was a reminder of what really could make a difference for isolated elders:  reciprocal relationships and connection.  It was interesting and rewarding to listen to the stories of the actors and it brought to my mind the challenges within nursing of creating the time to sit and listen when there were so many pressures to “do”.’ A third said: “The performance was both enjoyable and disconcerting at the same time.  I remember the first thing that ‘Iris’ asked me was to help her with her medication and I thought, help, I’m going to do the wrong thing here!”

An audience member commented that: “The panel discussion was also good. It was great to have such a diverse panel, and some important points were made. It was good to have the input of ‘lay people’/service users in the audience’. It was pointed out that there is ‘a tendency to view elders as homogenised ‘others’ and to deny ageing as a natural part of the lifespan.’ There was also a focus on the value of volunteering with reciprocal benefit.”

Day three of the networking meeting was devoted to agreeing to the next steps for the project. Ann Gallagher, Professor of Ethics and Care at the University of Surrey, said:

“We’re delighted with the quality of cross-cultural exchange and insights gained during our time with international and local experts. We’ve also seen, at first hand, the value of the arts in facilitating reflection on important topics. We’re looking forward to developing publications from the project and to attracting new funding to take this work forward.”