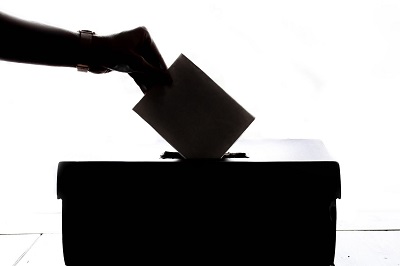 Candidates in the race to become the next leader of the Conservative party – and next Prime Minister – are being urged to make social care their number one priority.

The Independent Care Group says urgent action is required to tackle a crisis in social care which has left 1.4m people without the care they need.

And it says the recent cases highlighted by two BBC Panorama programmes were a shameful indictment of the way care is being delivered to vulnerable people in 2019.

The Independent Care Group’s Chair, Mike Padgham said: “Given this opportunity for the candidates to set out their stall on how they plan to look after this growing and vulnerable section of society, social care has hardly had a mention. For me, it should be their number one domestic priority.

“Instead, you would be forgiven for thinking there is only one topic on which the contest will be decided and that is Brexit.

“To those candidates this is a big opportunity to be bold and tackle social care, to tread where politician after politician has feared to go before and to resolve the issues that have dogged previous governments.

“All of the leadership candidates would do well to visit social care on the front line to see the crisis for themselves. I would make each and every one of them most welcome here in Yorkshire.”

He said the care of older adults in 2019 shamed a country that had just paid tribute to people from the same generation who had sacrificed so much on D-Day.

“We have seen war veterans remembering their fallen comrades with courage and dignity. How shocking it was to then witness the way we are now looking after some of that same generation in the BBC Panorama programmes. The comparison could not have been more stark, nor more shameful,” he added.

The two BBC Panorama programmes exposed the reality of social care in 2019, highlighting examples from the 1.4m people who aren’t getting the care they need. It showed local authorities unable to cope because of spending cuts and the impact that has on vulnerable people who need care but can’t get it.

Mr Padgham said the Government should call an emergency meeting of COBRA to tackle social care.

“We need to see action now, even if it isn’t the perfect, total solution. When a person is in pain they need treatment straight away, not endless pontification about what to do first. Social care is in pain and needs treatment now,” he added.

“If I was rating the Government’s performance on social care I would have to say it was ‘inadequate’ and recommend closing it down. We deserve better.”

The Independent Care Group is calling for more spending on social care, integration of the sector with the NHS, better recognition and freedom of movement post-Brexit for care staff and the treatment of dementia as a health issue so that people with it are cared for like those with cancer or heart disease.

Mr Padgham said it was time the long-awaited Green Paper on social care was published.

“There are reports that the paper is ready and just awaiting parliamentary time to debate it. If that is the case, I suggest MPs make time to debate it as a matter of urgency – why not a Saturday or Sunday? After all, care workers work anti-social hours, seven days a week and can’t put off looking after people who need care until it suits them better, can they?” he added.

“It is quite possible that we won’t see any tangible progress on the Green Paper until we have a new Prime Minister to set the agenda. But that’s just not fair.

“I would urge people to call, visit or write to their own MPs and keep doing so until action is taken on social care immediately.”