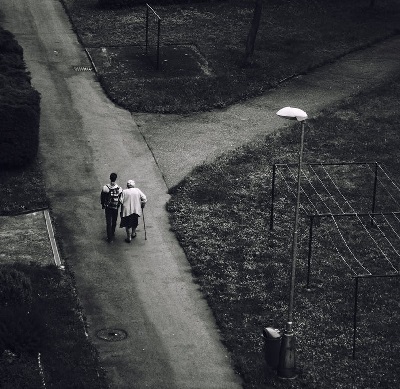 A devastating new study commissioned by Age UK highlights the extent of the local lottery that now exists when trying to secure residential care or care at home, and the long-feared emergence of ‘care deserts’ in some places. These are localities where this is literally no care to be had, even when older people can afford to pay, leaving significant sections of the population with potentially long distances to travel to get suitable care.

The situation as regards the lack of availability of nursing home beds is particularly alarming: The vacancy rate for registered nurses working in social care has tripled between 2012/13 and 2017/18 to 12.3% with numbers falling by 9,500.[1] The turnover rate now stands at nearly a third (32.4%) of roles.[2]

Incisive Health, an independent health consultancy, produced the report for the Charity. ‘Care deserts: the impact of a dysfunctional market in adult social care provision’ analyses the state of the market for care in England and shows what a desperately fragile state it is in, with vacancy rates rising and the number of hours of care provided falling by three million over the last three years – even though demand for care has continued to increase.[3]

In some areas of the country a lack of staff, especially nurses, is severely limiting the care that providers are able to offer. Incisive Health found that despite a slight rise in the total number of beds nationally over the last five years, some local areas, such as Hull, have lost more than a third of their nursing home beds in the last three years.[4]

Chillingly, in their report Incisive Health states that “there are some parts of the country where there are no longer providers available to deliver nursing home services”. Given the inherent vulnerability of the older people who need a nursing home place this is a deeply worrying state of affairs. This situation must also be piling pressure on the NHS.

Incisive Health draws this as a conclusion: “In 2017, the Competition and Markets Authority (CMA) argued that the market-based approach to social care was unsustainable without additional public sector funding.  Based on our findings, we can go further: the current model has broken down in some areas of the country and is no longer capable of delivering care to people in need. Immediate action is needed to stabilise the system and set it on the course to delivering sustainable care in the long-term.”

As part of the project Incisive carried out a ‘deep dive’ into a number of contrasting areas, to understand more about local factors and how they help shape the market for care as a result: Hull, Norfolk, Totnes, Guildford and Leicester. The situation in these places was wildly different but with a number of causes for serious concern, illustrating the dysfunctional nature of the market for care that currently exists:

While people may be in a better position to find care if they live in a town or a city, or if they are self-funders, there remain big variations by region. The playing field in terms of seeking care is extremely uneven from place to place and the dynamics of the care market differ considerably, influenced in large part by how many better off people there are who can afford to pay higher, private fees for care homes in a given area.

In this respect 41% of older people living in residential care are now self-funders.[5] The proportion varies a great deal – between 18% in the North East and 54% in the South East. As well as paying basic care home costs anyone who funds their own care is also paying extra fees. These add up to an enormous £43 million a week, or £2.2 billion a year[6] – a massive, stealthy cross-subsidy being stumped up by people who are not by any means always very well off, but without which the care home industry would completely fall over. The reason is that cash-starved local authorities can only afford to pay much lower rates and private providers are finding it increasingly difficult to keep trading on the basis of council funded places alone.

Caroline Abrahams, Charity Director at Age UK said: “This new report shows how chaotic and broken the market for care has become after years of underfunding and the absence of determined Government action to ensure the right workforce is in place. The end result is laid bare by the authors – the emergence of care deserts and a deeply worrying lack of nursing home places, in particular, leaving some of our most vulnerable older people high and dry. It would be hard to exaggerate how serious the implications of this report are for older people, or indeed for the NHS, which is the place of last resort if no nursing home places are to be had.

“The report shows what an impossible position local authorities are in; they are supposed to ‘manage’ their local care market, but they lack the levers to do so and the big drivers of the problems in the care industry are way beyond their control. Meanwhile, they are desperately short of money to purchase care home places for older people in need, so more and more of the financial burden is being shifted onto those older people who fund their own care, who are paying through the nose to keep the system afloat. This is deeply unfair.”

“Incisive Health’s report demonstrates that the situation differs markedly from place to place but in the end the fragile nature of care in our country is a national problem and it needs a national solution. If the awful situation set out in this report doesn’t persuade our Government to finally get a grip and take action I don’t know what will.”

Kieran Lucia, Account Director at Incisive Health: “The social care system is broken. Despite the best efforts of the dedicated social care workforce, years of political inaction and budget cuts to local authorities have resulted in a system that is no longer capable of delivering care to everyone who needs it.

“Urgent action is needed to stabilise the system and set it on the course to delivering sustainable care in the long-term. The Green Paper cannot come soon enough.”