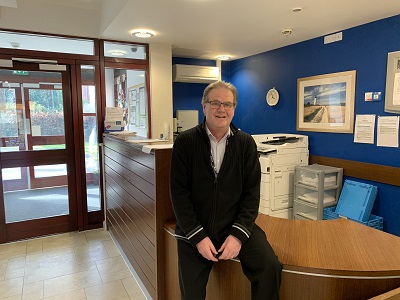 A Pembrokeshire care home that supports adults with long-term mental health conditions has received a major vote of confidence, following a series of inspections by independent regulator, Care Inspectorate Wales.

Surehaven, located just outside Pembroke Dock, employs 46 care and administrative staff and provides up to 24 beds for the rehabilitation and enablement of residents, many of whom have received extended periods of hospitalisation. The home, which celebrated its 10th Anniversary last year, is run by Shaw healthcare, a Welsh company that is majority-owned by its employees, currently in excess of 3,500.

Teams from Care Inspectorate Wales visited the home on three separate occasions, earlier this year and their report concluded that residents were cared for by “a team of staff who are motivated; effectively trained and well-led”. Inspectors also praised the efforts of the catering team at Surehaven, who had developed “a good knowledge of people’s likes and dislikes” and recently retained a five-star rating awarded by the Food Standards Agency in March 2018.

Surehaven was originally designed as a hospital, which put limits on how ‘homely’ the environment could be made. However, inspectors praised the efforts made to spruce up the lounge and dining rooms and create comfortable seating areas throughout the home, as well as personalising the décor in residents’ bedrooms to create an environment where they felt safe and comfortable.

For the past three months, Surehaven has been managed on behalf of Shaw healthcare by Andrew Davis who has experienced his own progressions through the company, joining in 2016 as a staff nurse, later being promoted to deputy manager.

Commenting on the latest CIW inspection report, Mr Davis, said:
“All the team at Surehaven get on really well and the staff are incredibly proud of the care we provide here. The home received a positive report back in 2017 but it takes hard work and determination to maintain the highest standards of care in an environment that can be very challenging at times, so I’m really pleased that this has been recognised.

“We know that there are still things we can improve and one of our goals is to increase the number of activities we offer to residents outside the home. We are situated in a beautiful part of the world where people are very friendly, and we know that if we can motivate our residents to engage with the local community then this can be extremely beneficial for their rehabilitation.”