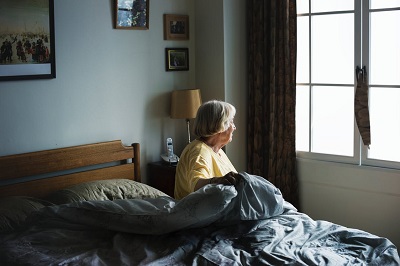 Age UK is warning that it is women who are generally paying the highest price for the Government’s continued inaction on social care.

‘Sandwich carers’ – those caring for one or more under-16 as well as a parent or other older relative with care needs – are one of the groups hit hardest of all and are often under huge stress. The overwhelming majority of sandwich carers are women and they face horrible choices in trying to juggle their caring commitments with working, or giving up work and sacrificing their own financial interests as a result.

In a new report entitled Breaking Point: The social care burden on women, published to coincide with International Women’s Day this Friday, Age UK sets out the enormous challenges facing many women who are carers.

The report shows how women are going above and beyond to care for loved ones because good, reliable social care support simply isn’t there for them. This is no small problem and the impact on women who are sandwich carers is often especially severe. The report’s new analysis of sandwich carers finds:

· Sandwich carers ages range from 20s to 60s, but those aged 35-44 are the most likely to be carers, with more than a third (35%) of all sandwich carers being in this age group

Eight out of ten (84%) sandwich carers providing over 35 hours per week are women – that’s 74,399 women providing more than 35 hours a week of care to loved ones whilst also raising a family.

· The oldest sandwich carers (55-64) provide the most care the most, with three in ten (29%) of this age group providing more than 20 hours of caring a week.

· In total, three quarters (78%) of sandwich carers are in paid work, and even among sandwich carers providing 35 or more hours of care a week half (49%) are working.[1] 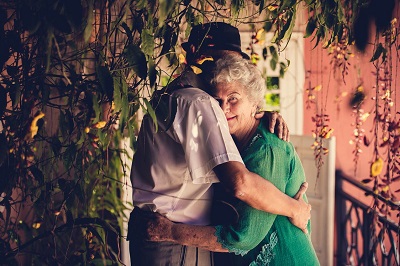 Caroline Abrahams, Charity Director at Age UK said:
“Two years on from the Government’s promise to fix social care with a reforming Green Paper also marks International Women’s Day, and it is women who are often paying the highest price for Ministers’ failure to act.

“Our new analysis shows there are over a million ‘sandwich carers’, almost all of whom are women, and they are one of the groups hit hardest by the lack of good care and support. Given the intense pressure on them it’s amazing that more don’t experience a break down, but there’s no doubt many are coping with much more than it is reasonable to expect. Most carers care willingly but they need more help than they receive, plus the chance for regular breaks.

“The Green Paper has been delayed five times now – it’s beyond a joke. The cost of delay is very real and is falling on millions of disabled and older people who are going without the support they need, and on their carers like those in our report who are doing everything one could possibly ask and more, and risking their health, wellbeing and financial security as a result.

“If the Government is serious about advancing the interests of women in our society one of the ways it can best help is by sorting out social care, once and for all. We need a definite date for publication of the Green Paper and strong cross Government support for social care reform – including money from the Treasury to pay for it.”

Helen Walker, Chief Executive of Carers UK, said:
“With our crumbling social care system additional stress is being placed on carers around the country who are trying to juggle children, work and older relatives. They are time-poor and under huge pressure, with many reporting symptoms of mental ill-health.

“The strain of sandwich caring also takes a particular toll on women’s ability to work and their finances. Women are four times more likely than men to have given up work because of multiple caring responsibilities and many have seen a negative impact on their ability to afford household bills.

Case studies
Sarah had to sacrifice her studies to become a nurse due to dual caring responsibilities for her children and mother. The growing pressure of caring for her loved ones meant Sarah had to put her studies on hold as she could not cope any longer. She feels more support is needed for people in her situation to keep on caring and ensure they get the vital breaks that they need. Juggling her caring responsibilities while raising two children and studying with no support left Sarah at breaking point. Sarah has said: “It’s hard work, it’s exhausting. I don’t think there’s a day gone by in the last three years where I’ve not sat there and cried my eyes out.”

Sarah-Jayne is sole carer for her father who at 79 has dementia and they receive no support from social services. Sarah-Jayne also has three young children – one of whom also has significant needs requiring constant care. Before her father’s dementia Sarah-Jayne worked as a bilingual PA but had to give up work when her father became ill.
Notes to editors

[1] This analysis is based on Understanding Society, wave 8 (2016-18), a nationally representative sample of people living in around 40,000 households in the UK, and restricted to those aged 16 years and older.
*A sandwich carer is someone who is a biological, step, adoptive or foster parent to a child they live with who is aged under 16 and cares for an older relative (parent/parent-in-law/aunt/uncle/grandparent) who either lives with them or lives elsewhere.