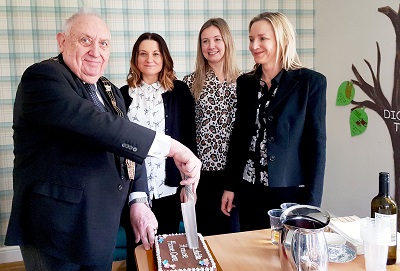 A care home in Lincoln was joined by the Mayor to celebrate the launch of their new homecare service, with an official cake cutting.

The Mayor of Lincoln, Councillor Keith Weaver, was invited to launch the new service at Bernadette House and to learn more about the valuable homecare that care workers would be providing to the local community.

Owner of Bernadette House care home and homecare service, Elizabeth Stephens, welcomed the Mayor and introduced him to homecare staff, as well as local health partners who also attended the event.

Elizabeth, commented: “We were honoured to have the Mayor of Lincoln and Cllr Chris Burke join us to celebrate the launch of our new homecare service. 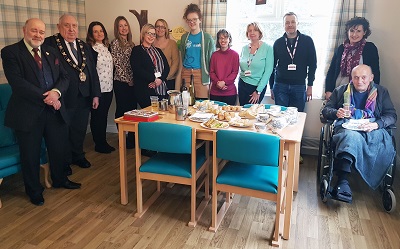 “I was delighted to introduce him to Bernadette Homecare and share with him the plans we have to expand our healthcare service within the area, to those who have care and support needs at home.”

Following the cake cutting, the Mayor enjoyed refreshments with social workers, staff and other members of the community, who attended the event.

The Mayor said he was pleased to see a “care home with a strong reputation progressing into new business areas that will service the community.”