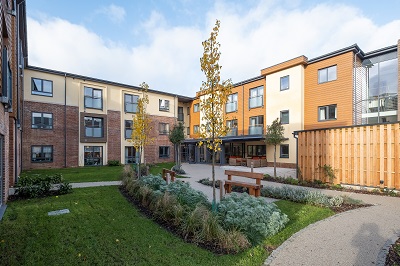 Sixty-one-year-old John Coyle, a resident at Lawson House Extra Care Housing Scheme, has noticed an improvement in his anxiety and mood since moving into his Larkfield apartment.

“Before moving into Lawson House, I was living in Eastbourne in a flat. The flat was nice but there were problems with the neighbours and drug use, which caused a lot of tension. To be honest, it left me feeling quite threatened and afraid to go out.

“I called the British Legion, who put me in touch with Rapport Housing & Care because there were 20 apartments reserved for veterans at the scheme here. I came to look around immediately and was shocked at how nice it was, I didn’t think I’d be able to afford it, I actually asked Jil, the housing officer, “are you sure?” but she was. I went home and gave notice on my flat straight away. It all worked out and I moved in on 1st October. 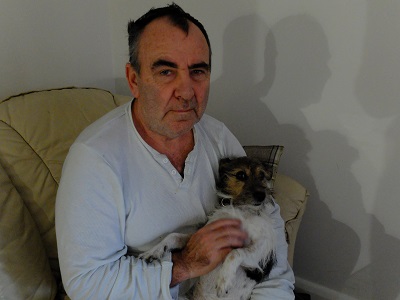 “One of the best things was that I could bring Daisy, my dog, I’ve had her six years so I wouldn’t have wanted to go anywhere I couldn’t take her. I was absolutely overwhelmed she could come with me.

“The first night I slept here, I was taken aback by the peace and quiet, I couldn’t believe it. I used to be scared to go out of my front door but here, I am much happier, and Daisy is more relaxed and happier too. I don’t worry about neighbours or spend my days looking over my shoulder and although I still suffer sometimes, my anxiety is generally much better.”

Scottish ex paratrooper John joined the army at 17-years-old alongside a friend, who sadly passed away in 1986.