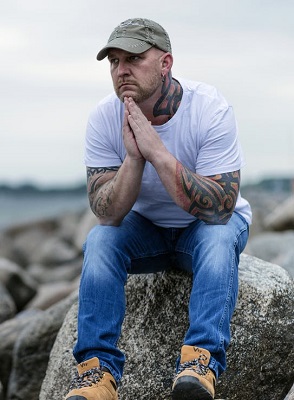 People will also be able to express their preferences for care and treatment and have these listed in statutory ‘advance choice’ documents.

In October 2017, the Prime Minister announced an independent review of the Mental Health Act 1983 to make improvements following rising detention rates, racial disparities in detention and concerns that the Act is out of step with a modern mental health system. The review team was also asked to consider how to improve practice within the existing legislation.

The government will issue a formal response to the review’s recommendations in the New Year before preparing the new legislation.

The disparity in our mental health services is one of the burning injustices this country faces that we must put right.

For decades it has somehow been accepted that if you have a mental illness, you will not receive the same access to treatment as if you have a physical ailment. Well, that is not acceptable.

I commissioned this review because I am determined to make sure those suffering from mental health issues are treated with dignity and respect, with their liberty and autonomy respected.

By bringing forward this historic legislation – the new Mental Health Bill – we can ensure people are in control of their care, and are receiving the right treatment and support they need.

I’m grateful to Professor Sir Simon Wessely and his team for their tireless work on this vitally important review.

With 1 in 4 people being affected by mental ill health at some point in their lives, it is more important than ever that we put mental and physical health on an equal footing.

I am determined to do everything I can to protect people’s mental health and get them the help they need. The proposed new Mental Health Bill will give patients more control over their treatment and make sure that our mental health laws are fit for the modern age.

We warmly welcome Sir Simon Wessely’s report, which makes a compelling case for modernising the Mental Health Act. This timely and important review makes the case for better legislation to underpin the service improvements needed for the most severely mentally ill people while also tackling health inequalities in our society.

High-quality support in the community before a person reaches crisis point, coupled with improved crisis services when they are needed, will both help, but the review is also right to argue that anyone who needs to be in hospital should get the best care during and after their inpatient stay.

“Sir Simon Wessely’s review into the Mental Health Act shines welcome light onto some very disturbing assessment and treatment practices for some of the most vulnerable people in our society.

“The review’s findings are deeply worrying, especially those concerning people with learning disabilities or autism where compulsory treatment must be a last resort.

“It is absolutely unacceptable that more than seven years after the Winterbourne View scandal some people with a learning disability or autism are still being ‘warehoused’ in locked and unsuitable rehabilitation wards which only serve to exacerbate their problems.

“We fully endorse the review’s recommendations to restore dignity to people and to the system, and for more robust safeguards to ensure appropriate use of the Mental Health Act.

“But there is no getting away from the stark reality that these recommendations come at a time when adult social care faces a funding gap of £3.5bn by 2025 just to maintain existing levels of care. The CQC has recently confirmed that demand for care is rising and its sustainability is a huge challenge.

“Set in this context, the report’s key recommendation that social care commissioners must ensure a sufficient supply of community-based support for people with a learning disability or autism to avoid admission becomes an unachievable aspiration.

“The Government’s Transforming Care agenda referenced by Sir Wessely is widely perceived to have stalled because of the wider crisis in social care.

“Government has an opportunity to set out its plans to fix social care with its long-awaited Green Paper, the content of which will dictate whether any of this review’s recommendations for the Mental Health Act are feasible.”