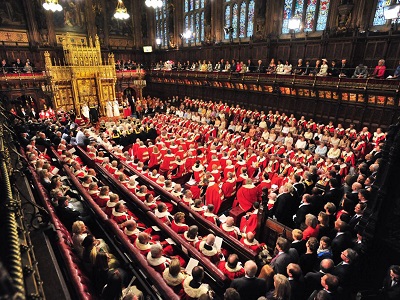 The House of Lords EU Home Affairs Sub-Committee has today written to Matt Hancock MP, Secretary of State for Health and Social Care (DHSC) asking for clarity on the Government’s contingency preparations to ensure the UK has continued access to medicines and medical products in the event of a ‘no deal’ Brexit.

The letter follows an evidence session the Committee held with witnesses from Nuffield Trust, British Association of European Pharmaceutical Distributors and evidence given by officials from DHSC during a private briefing.

The evidence received suggests there is still concern that a no deal Brexit may limit the availability of medicines and medical products in the UK and that there was little sign to date of potential delays on the border being addressed.

The Government’s current guidance is to stockpile six weeks’ worth of medicines and medical products in the event of blockages at borders, however medicines with short shelf lives cannot be stockpiled and would have to be flown in.

In the letter the Committee ask the Government what consideration they have taken ito the expense of flying in medical supplies for a six week period and what work has been undertaken to ensure the import of medicines and medical products is treated as a priority at the border in the event of no deal.

The Committee have also asked for answers in other areas including: