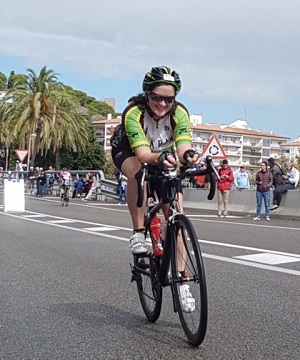 Local woman and Clinical Trainer for Barchester Healthcare from Stockport, Cheshire, put the ‘fun’ into ‘fundraising’ when she took on the Ironman race in Barcelona on the 7th of October, completing the race in 14hrs, 35mins and 26 seconds and raising £1,175 for Barchester’s Charitable Foundation and Macmillan Cancer Support..

The Triathlon, organized by the World Triathlon Corporation, is one of a series of long-distance triathlon races, consisting of a 2.4-mile (3.86 km) swim, a 112-mile (180.25 km) bicycle ride and a marathon 26.22-mile (42.20 km) run, raced in that order and without a break. With only 15 hours and 40 minutes to complete the whole course, Susan pushed herself to her limits and made it through with only 1 hour 4 minutes and 34 seconds to spare!

A previous tennis player, Susan wanted to step up her fitness by attempting to master the triathlon sports. Inspired by her husband’s completion of the Ironman Triathlon in Wales last year, Susan began with only the breast stroke swim mastered, an old mountain bike only used once a year, and no previous running experience, and set herself the ultimate goal to be ready for the next Ironman challenge in Barcelona for her very next birthday. 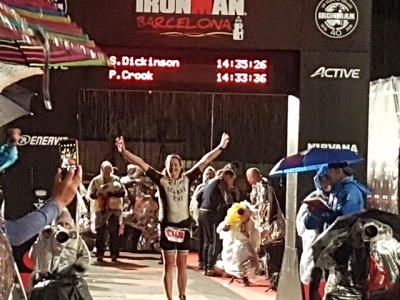 Building her endurance with an intense training regime, Susan disciplined herself with 6 days a week work outs outside of her working hours, Susan kept going even when her goals felt out of her reach.

Knocking out her target of £1,000 split between both Barchester’s Charitable Foundation and Macmillan’s Cancer Support, Susan said she “enjoyed every second of the race because it was for a good cause, even when it got tough”.

Henriette Dupont, Grants Manager at Barchester’s Charitable Foundation said: “Everyone at Barchester has been extremely supportive of Susan, especially Susan’s team members who train under her. Barchester’s Charitable Foundation is a great cause that helps many people in need, particularly lonely older people, which is a cause very close to the hearts of all our staff and residents, and we are really proud of Susan to have been able to raise this money for both charities. Thank you to everyone who donated!”