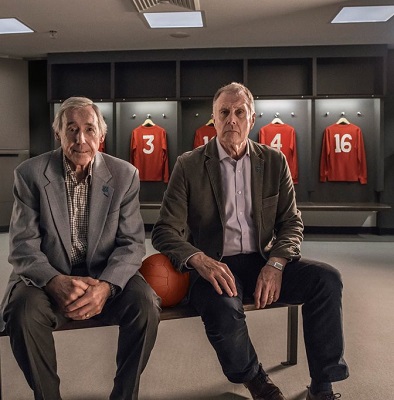 Now, with his country on the brink of its first World Cup final since Banks helped England clinch the ultimate prize at Wembley 52 years ago, he is calling on the football-mad public to channel their energy into uniting against dementia.

Gordon Banks OBE, who was goalkeeper for the winning England squad and Stoke City, said:

“I know from personal experience that dementia can be a really devastating condition because of the lads and because I lost my brother to Alzheimer’s and that’s why I am backing Alzheimer’s Society every step of the way till the day we find a cure for the blasted thing.

“When fans tune into the semi-final with Croatia, I just want them to spare a thought for my old team-mates who have been affected by dementia because they have been robbed of the wonderful memories the rest of the team had of that incredible experience in 1966. They are national treasures and should inspire us all to act.

“The way people are rallying around Gareth Southgate and his team makes me certain that we can find a cure for dementia if we stick together and really put our minds to the challenge ahead.

“So far, I’ve been enjoying every minute of this World Cup – it’s been a joy to watch this England side. The team is getting better and better with every game and that was the same with us in 1966 which is why I’m quietly optimistic.”

“We count ourselves lucky to have Gordon and Geoff on our side because they are real winners and with their help I know we will defeat dementia.

“Tragically, dementia is the UK’s biggest killer. It doesn’t care who you are and if it can affect sporting heroes like Martin Peters, Nobby Stiles and Ray Wilson. It could affect any one of us.

“Dementia can devastate lives, yet too many people face it alone, without adequate support, and we urgently need more funding – help us to improve care, offer support and understanding and find a cure.”