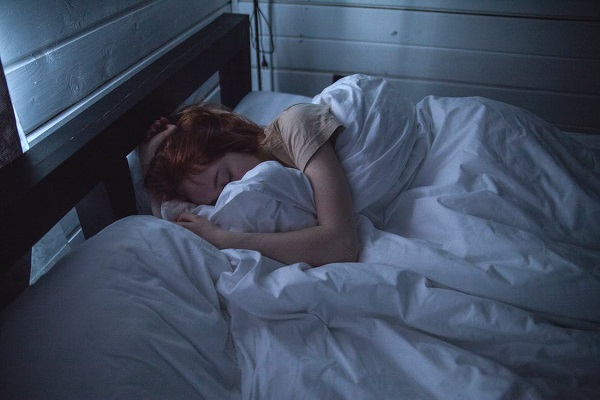 Today, 13th July, the court has ruled in favour of Mencap in the case over sleep-in back pay. This overturns an employment tribunal which ruled that workers were entitled to the National Minimum Wage (NMW) for every hour of a sleep-in shift.

Reacting to the decision, the #SolveSleepIns Alliance, a coalition formed to deal with the sleep-in crisis which represents providers for people with learning disabilities in the UK, is calling on the Government to legislate for all care workers to be entitled to the NMW for all shifts, including sleep-ins, and to raise the level of funding provided to Local Authorities (LAs) and care providers in line with new legislation.

The 2015 case resulted in HMRC pursuing care providers offering sleep-in services for six years of back pay for all staff who had performed sleep-in shifts. This bill was estimated to be around £400 million in total for the entire care sector. In 2017, HMRC set up the Social Care Compliance Scheme which gave care providers one year to self-assess their liability and a further three months to pay back workers. Notably, this scheme offered no assistance to providers in assessing their liability, locating their past staff of up to six years ago nor any information on how past and current employees would be paid. Government did not increase money going to LAs or care providers for the sleep-in shifts moving forward nor any new money to cover the back pay.

Public services to care for people with disabilities are funded by LAs. Central Government funding is then provided to LAs who often contract with care providers to deliver services.

The potential monetary shortfall expected by care providers, many of them charities, has already lead to some providers closing and handing back untenable contracts. Personal budget holders, who contract independently with carers, also face a back pay bill of up to six years.

The #SolveSleepIns Alliance, comprised of the Association for Real Change, Care England, Learning Disability England, Learning Disability Voices and VODG, remains committed to paying workers fairly and ensuring care services are funded properly so they can continue to function at the high level people who rely on care services depend on and deserve.

“There are no winners from this decision. Now the Government has a chance to do the right thing – enshrining and supporting the National Minimum Wage (NMW) by ensuring legislation is clear that all workers are entitled to the NMW and funding all essential services at this level.

“We are calling for additional new money pledged for overnight care to fund the NMW to make sleep-ins fair and fit for the future.

“We call on Government to make clear its intention to introduce urgent legislation so that time spent asleep is taken into account when calculating NLW/NMW.

“There needs to be a clear set of rules about exactly when NLW applies, and for Government to fund these vital statutory services to avoid any future crises. Without this decisive action, our staff remain in an uncertain position with regards to their pay.

“Government must now be completely clear on how sleep-ins are to be paid and funded. If Government wishes to avoid further complication, it must, through revised legislation, clarify what hard working care workers are entitled to, and precisely how it, and local authorities will fund this going forward.

“This decision is not a victory, nor does it provide the substantive clarity necessary, following years of indecision on this vital question for social care services and the valuable care workers who run them.

“People throughout the UK who rely on care services, care workers and the providers of these essential community services deserve a swift resolution – Government must legislate and pledge funding that will support care services now and into the future.”

“We remain committed to paying our staff fairly for the work they do.

“Our workforce is our greatest asset; we believe that National Living Wage (NLW) rates should apply for sleep-in shifts, the Government has said that they agree.  We call on the Government to act swiftly and decisively to  remove the confusion by setting out in law that NLW applies to sleep in shifts and to remove the fear by ensuring providers are properly funded  for all shifts, including sleep-ins, at the NLW.

“There is a moral obligation for the Government to ensure a fair deal for employees and employers alike. It is now over to the Government who need to provide stability for the sector after the last three years of uncertainty.”

“This ruling will come as a relief to care providers and councils because it removes considerable uncertainty and a potential considerable unfunded burden on top of already significant financial pressures on the adult social care sector.

“We now need urgent clarity on all enforcement action for back payments when the National Minimum Wage wasn’t paid to ensure that no provider will face further action.

“As we said in our submission to the court, we strongly support care workers being paid a fair wage for their valued work, but if this appeal was upheld it would have increased the risk of a sinkhole in adult social care.

“However, today’s decision does little to ease the financial crisis facing social care. There is a £3.5 billion funding gap facing adult social care by 2025. This gap needs to be fully funded by government so that providers can plan with more confidence to ensure all people can receive reliable, high quality, personal care and support when and where they need it.”

The Court of Appeal judgement in the case of Mencap v Tomlinson-Blake handed down today Friday 13th July, on the case of backdated sleep ins liabilities, has decided in favour of Mencap that it is only time spent awake and working which is counted as working time during a sleep in.  We believe this is the right outcome based on the law.

The successful Appeal, in which Care England was an intervener, finally gives a clear steer with respect to historic liabilities for sleep in shifts. The Court decided that sleep ins fall into the exception as being ‘only available for work’ according to Regulation 32 and as such the National Minimum Wage (NMW) would only be payable when the person was awake and working and not while asleep. This has always been our understanding and after years of uncertainty brought about by conflicting employment tribunal decisions and confusing Government guidance we can at last be confident providers have the correct framework within which to make decisions on remuneration of sleep in shifts provided there is no Supreme Court Appeal.

The Government must now act speedily to give direction to ensure the original regulations are now relied upon as the basis for HMRC and employers to act. The status of the national Social Care Compliance Scheme (SCCS) and the obligations of providers registered within it must be clarified as soon as possible.

Care England, the largest representative body for independent providers of adult social care, has long argued for better funding for social care, which is still of fundamental importance to ensure all social care employees can be paid more and that the sector can continue to attract and retain high quality staff.

“We welcome the Appeal Court ruling and hope we can now move forward, without a huge back pay liability hanging over the sector and threatening the ongoing care of thousands, to ensure we focus on getting social care services funded properly for the future.”