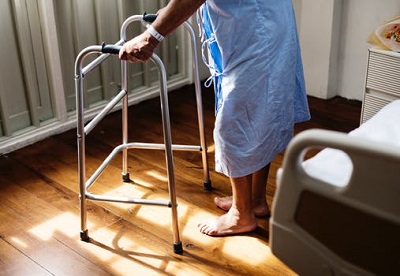 Properly funding social care would help transform the next 70 years of the NHS, a care leader said today.

As the NHS marks its 70th anniversary, Mike Padgham says the best present it could be given would be better support for social care.

He is so worried about the current crisis in the care of older and vulnerable adults that he has penned his FIFTH letter to Prime Minister Teresa May calling for action. And he has repeated an invitation to her and to Secretary of State for Health and Social Care, Jeremy Hunt to visit a frontline care provider to see the challenges first hand.

Mr Padgham, Chair of the provider organisation The Independent Care Group, said: “The NHS is a wonderful, amazing institution, admired and envied the world over and a fundamental pillar of life in this country, doing a fantastic job for all of us,” he said.

“As it celebrates 70 years, the best way to support it and help it begin the next 70 years would be to take some of the pressure off it, by reforming and better funding social care.

“The £20bn extra for the NHS recently was very welcome I’m sure but is meaningless unless it is matched by better funding for social care.

“Without extra funding in social care it will, as quoted elsewhere, be like turning on a tap without having the plug in. The NHS will get an extra £4bn a year – but it is already costing £3bn a year to keep older and vulnerable people in hospital because there is no social care available for them to be discharged.”

Mike Padgham says delaying the Green Paper on social care until the autumn was a betrayal of the growing number of people in this country currently going without the care they need.

“Once again, social care has been kicked into the long grass by ministers who seem simply not to know what to do about the crisis.

“In reality it means we will be waiting well into 2019 and beyond before we see even a start to any social care reform and the sector can’t wait that long.

“In the meantime the number of people going without care – currently 1.2m – will continue to grow as care homes and home care providers close their doors, because they can no longer afford to operate.”

He said he had already written to the Government four times on the issue but had yet to get any promise of a solution.

“They have been promising action through the Green Paper this summer but now even that has been put back, which feels like yet another betrayal.

“We have had at least 13 commissions, reviews, white and green papers and consultations in the past 17 years alone and nothing has changed.”

ADASS (the Association of Directors of Adult Social Services) recently revealed the results of a survey which showed that councils in England are continuing to see homecare providers and care homes closing.

Meanwhile 58 councils reported closures of residential or nursing homes in the last six months. One authority had seen 10 closures. A total of 135 care home providers were reported to have closed or ceased trading.

A separate report by the Richmond Group – a coalition of health and social care charities, has revealed that spending on adult social care in England fell by 8 per cent in real terms between 2009-10 and 2016-17.

The Care Quality Commission has warned that social care is approaching tipping point and that people “can no longer rely on safe, effective, high quality care being available when they need it”.