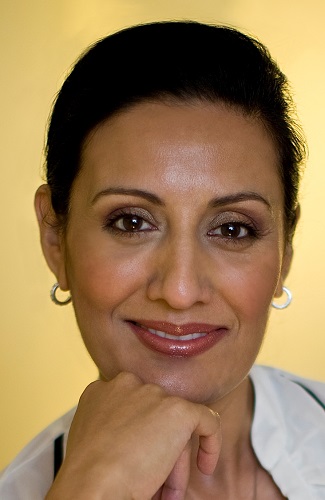 It is a move that formally signals the former Lloyds Banking Group strategist’s determination to support the nation’s leading dementia charity on its mission to enable people with dementia to live the lives they want and be included in society.

Dr Hothi was the architect behind the Asian Strategy across the Lloyd Banking Group and was responsible for heading the bank’s charity partnerships, including a two-year partnership with Alzheimer’s Society and Alzheimer’s Scotland which raised £6 million.

Passion and commitment to issues like dementia awareness in the south Asian and harder-to-reach communities resulted in her receiving several awards across various sectors for diversity and community cohesion and she was honoured with an OBE for services to diversity.

The announcement coincides with Alzheimer’s Society’s first ever national Dementia Action Week (21-27 May). A year on from the largest ever survey of people with dementia ‘Turning up the Volume’, to gather a full picture of living with dementia today, Alzheimer’s Society talked to more than 500 people affected by dementia and those working with them. Alarmingly, people reported the loss of their friends and social life post-diagnosis, facing isolation caused by public stigma, fear and misunderstandings of dementia, and of how to interact with people living with the condition.

People affected by dementia highlighted the small actions that would have a big impact on their lives and enable them to live the lives they choose, such as continuing to invite people with dementia out and making sure you listen and include them in conversations

“I feel really honoured to have been asked to become an Alzheimer’s Society ambassador as it presents me with a great opportunity to help people who are affected by dementia, especially in ethnic communities.

“I leapt at the chance to become an ambassador as I had worked closely with Alzheimer’s Society when I led the Lloyds Banking Groups Charity Partnership and improved a number of our services for customers with dementia as well as initiating the Dementia Friends programme there.

“It’s a cause that’s close to my heart having witnessed members of my own extended family struggling with dementia. In the Asian community, there is a real lack of understanding around dementia – it is a taboo subject we don’t really talk about – and I want to tackle that stigma.

“Now I’m retired I hope I can dedicate more time by sharing my corporate skills of 38 years and cultural knowledge with Alzheimer’s Society in order to improve communication and help the Asian community identify and understand dementia better.”

Dementia is the biggest health and social challenge facing the UK. With one person diagnosed with dementia every three minutes across the country, almost everyone knows someone affected but too many people face the condition alone, without adequate support.

While much progress has been made to becoming a dementia friendly UK, including 2.4 million Alzheimer’s Society Dementia Friends and over 350 dementia friendly communities across the UK, people with dementia tell us that more urgently needs to be done.

Kamel is among several high-profile figures who have agreed to become Alzheimer’s Society ambassadors alongside:

They are united by the aim to work with Alzheimer’s Society to create a world without dementia and support the charity’s mission to transform the landscape of dementia forever.

“I am very grateful to Kamel for the enormous support she has already given to Alzheimer’s Society. Her backing has enabled us to achieve so much, from bolstering campaigns and driving forward fundraising projects to improving the support we provide for people with dementia and carers, and helping us to fund valuable research projects.

“As an Alzheimer’s Society Ambassador, I know Kamel will be using her considerable energy, influence and business acumen, to help us to get the message out there that things must change for people with dementia in our Asian communities where stigma is such an issue.

“With one person developing dementia every three minutes in the UK, we are delighted to have Kamel on our side as a much-valued Ambassador. Her work in developing the partnership between Alzheimer’s Society and Lloyd’s Banking Group alone shows the impact she can make and everyone knows someone whose life has been affected but yet too many people face it alone, without adequate support.

“Together we will power the growing dementia movement for change and we are urging everyone else to follow Kamel’s lead and to get involved and pledge their support.”