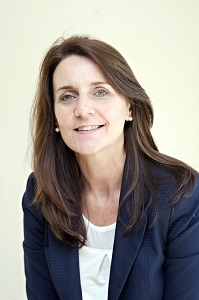 A national skills organisation has thrown its weight behind a campaign led by Lancashire care home network Springhill Care Group to highlight the growing skills shortages facing the care sector.

Sharon Allen, chief executive of Skills for Care, has come out in support of the Caring Heroes campaign which was launched by the Accrington-based company to help raise awareness of the lack of skills and the way care sector employees are undervalued.

Skills for Care supports adult social care employers to deliver its services through the development of learning initiatives and workforce development for the sector’s workforce including qualifications at all levels.

Sharon recently took part in a parliamentary public accounts committee debate to discuss the future direction of adult social care in response to a National Audit office report on the social care workforce.

She told the panel: “It’s a national shame that we only pay the workforce a National Minimum Wage.

“The social care and healthcare workforce should have parity in all ways including pay but also terms and conditions, and then we need funds to run a national recruitment campaign.

The lack of pay in the care sector is also associated with a lack of skills when in fact it is a highly-skilled industry. Social care at its best transforms lives.”

The Caring Heroes campaign won the backing of industry leaders including Martin Green, chief executive of Care England and Alex Ramamurthy, CEO of the Care Workers Charity, along with MPs Graham Jones of Hyndburn and Rosie Cooper of West Lancs.

Donna Briggs, managing director of Springhill Care Group with three homes in Accrington, Skelmersdale and Bristol, said: “We watch developments with great interest and the whole sector is now galvanising itself to ensure we are in a better position to provide the services being demanded from a growing ageing population.”

A Green paper on the future of adult social care with recommendations for new funding is expected before the summer recess of Parliament.

Springhill Care Group submitted written evidence to the public accounts committee setting out a case for increased awareness of career opportunities within the care sector, how a more joined-up NHS and social care network would reduce hospital admissions and the need for increased funding for workforce development.