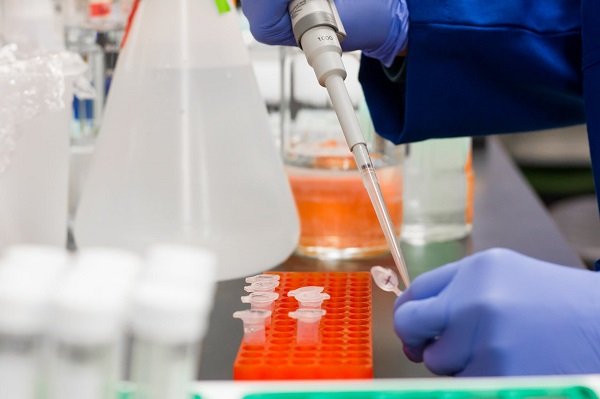 The first report on vaccine effectiveness has been greeted as good news, with Matt Hancock saying that the findings made him “increasingly confident” the final stage of easing restrictions in England could take place on 21 June. The other two reports have been sparsely covered in the media or discussed by health ministers.

We believe that taken together, the PHE reports paint a far more concerning outlook for the roadmap and require an urgent public health response building on our 14 May plan to get cases down now, before the situation worsens further.

The technical report (document 2) uses different methods to estimate the extent of the current spread of B.1.617.2. All methods estimate that as of 15 May, B.1.617.2 represented approximately half of all identified cases in England. Regionally, it was dominant in the North West (about 70% of cases), likely dominant in London, the South East and South West[1]. It was lower but growing in the East and West Midlands, North East, and Yorkshire and Humber.

Compared to the B.1.1.7 variant (“Kent”), the number of cases of B.1.617.2 was growing twice as fast, and close contacts were 50% more likely to be infected. Not all of this observed advantage over B.1.1.7 will be due to increased transmissibility, but PHE concludes that it is likely that at least some of it is (document 3).

Bolton in the North West of England currently has the highest case rates in the country, where cases are highest in school age children. It would be very useful in future reports to see the age and vaccine demographic breakdown for cases and hospitalisations of the new variant, as well information about outbreaks including in schools.

The report on vaccine efficacy is the first real-world evidence of the efficacy of the Pfizer and AstraZeneca vaccines in preventing symptomatic infection against B.1.617.2. The study estimates that both vaccines are 33% effective at preventing symptomatic B.1.617.2 infection after 1 dose (vs 51% against B.1.1.7 (“Kent”)) and for Pfizer, 88% effective after 2 doses (vs 93% for B.1.1.7) and for AstraZeneca, 60% effective after 2 doses (vs 66% for B.1.1.7). PHE suggest that the lower efficacy of AstraZeneca after two doses is because it takes longer to reach full efficacy after the second dose.

There is not enough data to estimate efficacy against severe disease, but it is very likely that both vaccines offer higher protection against severe illness than against symptomatic infection after both first and second doses.

This is the first real-world evidence that B.1.617.2 does possess some vaccine escape ability, particularly in people who have had just one dose. This new knowledge is reflected in PHE’s risk assessment (document 3), where the risk rating for vaccine escape is upgraded from Amber with low confidence to Red with moderate confidence (after one dose).

Consequences for the roadmap

We are in a situation in which a new variant that is both more transmissible and demonstrates some vaccine escape is on the verge of becoming the dominant strain of Covid-19 in England. We do not yet have definitive evidence of the extent of greater transmission or level of vaccine protection against severe disease.

While two doses of vaccine offer excellent protection, this is much lower after one dose. Currently, only 30% of our population is fully vaccinated, representing 43% of adults. This falls to 33% of adults when considering adults more than two weeks out from their second dose (allowing time for protection from the second dose to kick in). While extending the intervals between doses was undoubtedly the right decision in January, it does impact the assessment of risk for the roadmap this summer as many people will be without full protection for many weeks longer, particularly if the AstraZeneca vaccination takes longer to reach full efficacy.

In their minutes from 13 May, SAGE note the danger of a more transmissible variant and suggest that 50% more transmissibility and some vaccine escape for B.1.617.2 may be realistic. Results from the SAGE modelling subgroup from 5 May, highlighted again by SAGE on 13 May, show that a variant that is 50% more transmissible could lead to a surge in hospitalisations as large as the peak last January, even if there was no vaccine escape at all. The JUNIPER subgroup for SAGE reported on the rapid growth of B.1.617.2 on 13 May and advised that definitive evidence on magnitude of transmissibility might come too late and that caution was warranted:

“In the face of uncertain evidence the risk of over-reacting seems small compared to the potential benefit of delaying a third wave until more people are vaccinated.”

They also noted that while surge vaccination was very welcome, on its own, it could not necessarily prevent a summer wave of cases.

Additionally, all of the evidence on growth in cases of B.1.617.2 to date has been gathered during phase 2 of the roadmap. Any additional impact from the widespread opening of indoor spaces on 17 May has not yet been felt.

We conclude that, given the weight of evidence from PHE and SAGE test 4 for the roadmap that “the assessment of the risks is not fundamentally changed by new variants of concern” is not being met.

What can we do?

It is now likely too late to prevent B.1.617.2 from becoming dominant in England. We must immediately bolster the ongoing success of the vaccination programme through:

Unless the risk assessment for B.1.617.2 is downgraded in the coming weeks as more evidence emerges, we believe that step 4 of the roadmap should be delayed until a much higher proportion of the population has been fully vaccinated or until new evidence of reduced risk emerges.

While B.1.1.7 remained dominant in England, its consistent falls have masked the increases in B.1.617.2. Now that B.1.617.2 is likely dominant in many regions, and if it continues growing as it has been, overall case numbers will start to rise. Cases in England have already risen 15% in the week to 24. May. If cases continue to increase over the coming week, particularly if rises are across several regions, the government needs to consider whether additional measures are necessary to contain the spread, such as rolling back some of the openings from 17 May.

Allowing cases to continue to rise will result in a greater burden of long covid, risks the SAGE modelling predictions becoming true and risks new variants evolving with higher levels of vaccine escape and/or higher transmissibility. The risk of simply waiting and watching is too high.

[1] Note that most cases of B.1.617.2 in the South West are from travellers and case numbers overall are very low.