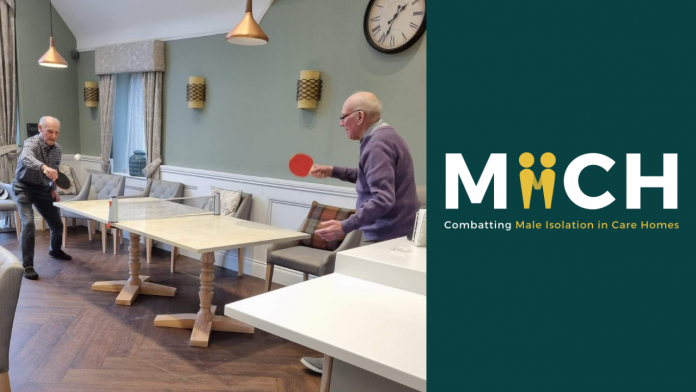 Many care homes are very female-dominant and as a result a lot of the activities are catered towards women. But what about the men? Research shows that men are less likely to be included socially due to the predominantly predominantly female residents, female carers and female activities.

The home wants to create a place where men can feel like they have an input to the future and that they can spend their days doing what they love. This is important for both the resident, and their families to be assured that Worthington Lake can support their loved one’s social, physical and mental wellbeing.

The care home plans to open up a community that is lost in care, empowering men to positively contribute to their new and exciting world.

Kim, Manager of Worthington Lake, speaks on her reasoning behind the MIICH campaign:

“Over the years, in my 20 years in care, I haven’t seen much change around the way men are promoted to continue to live their lives and their hobbies. It’s something that’s been close to me heart for many, many years. To draw that our and change the way that men are perceived in care homes as pobably not wanting to join in when in actual fact they probably do but thre resources aren’t there for them.

All elderly in a care home benefit from an active mind and body. Whilst men are no different, they are often forgotten with little interaction encouraged. Activity can help to maintain their physical and mental health. Worthington Lake will be giving male residents control back into their lives, empowering and giving them a sense of inclusion and acceptance.

Worthington Lake will be combatting male isolation and loneliness in care homes – making male residents feel valued, included and very much a voice to be listened to. They want our male residents to feel alive with purpose to get up in the morning and feel a part of the community.

Award-winning home care workers are a pair of GEMs