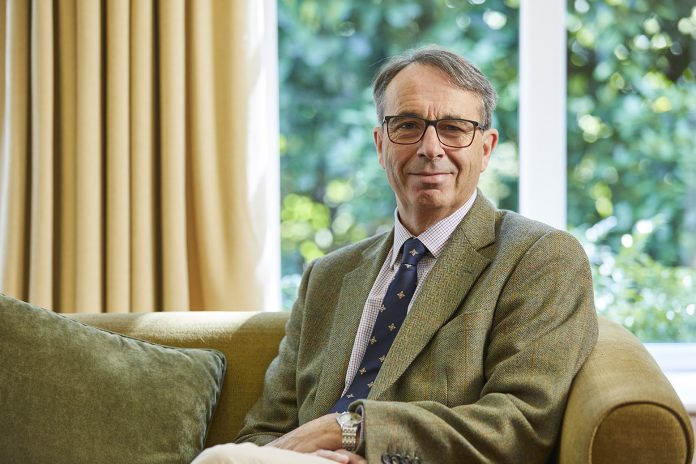 When volunteers were needed to take part in Covid vaccine tests, Royal Star & Garter Chairman Major General Tim Tyler stepped forward. Here, he explains his reasons for volunteering and the impact it could have.

I volunteered to participate in Covid studies some time ago because I wanted to be able to make an active contribution to bringing this dreadful disease under control. I was asked to join the Janssen vaccine trial a few weeks ago. I had given some general thought about what I would do if asked to do this, but I had to think really carefully about whether I should go through with it.

I completed a very comprehensive health questionnaire, which was then repeated in a face-to-face interview with a doctor on the day I had the injection. I was sent a lot of detailed information about the trial, including the fact that the early phases had been focussed on the safety of the trial vaccine, with good results.

I also looked at all the media reports about this trial and trials of the other vaccines, including any ‘anti vaccine’ reports.  It is certainly a confusing landscape! My wife and I have had to reach decisions about whether to have our children vaccinated over many years and, with one exception, we have had them vaccinated. That exception was during the scare about the whooping cough vaccine in about 1980 – my eldest daughter did get the disease and I remember sitting with her for long periods in cold winter nights helping her control the cough and wishing she had had the jab.

The question was an easy one really – is the risk of the vaccine greater or less than the risks to me and my family of contracting the disease? I have never had a worrying reaction to any vaccine – the worst has been a short-lived high temperature after this year’s flu vaccine. But the impact on me, despite being fit and well and in the BMI green zone, of catching Covid and on my family could be massive. So I decided to have the trial vaccination.

The injection itself was expertly administered – I felt almost nothing. And afterwards I had no adverse reaction at all.  In some ways I was a bit disappointed – would a reaction have indicated that I had had the trial drug rather than the placebo?  Apparently, there is about a 50:50 probability of a minor reaction whether you have received the placebo or vaccine, so I still have no idea which I had. And I look forward with interest to my booster; maybe I will have a reaction to that.

If I have a worry, it is that I may have had the placebo and get no protection for the two years of the trial. So there is an element of doing this in the public interest for the greater good of everyone, here in UK and across the world. I would be able to have one of the other vaccines if I became concerned that my risk of catching it increased significantly, but that would mean I would have to drop out of the trial.  Deciding to join the trial was an easy decision, deciding to leave it might be more difficult.