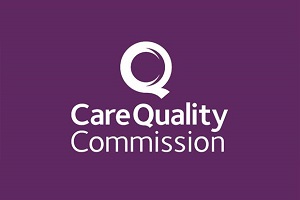 A care provider has been ordered to pay almost £220,000 at Chester Magistrates’ Court, following an incident which contributed to an 89-year-old woman’s injury.

Vivo Care Choices Limited, which runs Curzon House in Saltney, near Chester, was fined £200,000 in court on Friday 23 October 2020.

The company previously pleaded guilty to the criminal offence of failing to provide safe care and treatment, which exposed Elli Figgins to significant risk of avoidable harm while she was resident at Curzon House.

Curzon House is a care home for up to 35 older people and those living with dementia.

The court also ordered Vivo Care Choices Limited to pay a £170 victim surcharge and £19,305.94 costs, as a result of the prosecution brought by the Care Quality Commission (CQC).

Mrs Figgins arrived at Curzon House for respite care on 2 June 2017. She lived with her daughter, who was her main carer, but had used the service twice previously for respite care following falls.

Mrs Figgins lived with numerous health conditions including vascular dementia, osteoporosis, poor vision and hearing loss. She also had Ménière’s disease – a condition affecting a person’s balance – and was known to leave her bed up to eight times a night to use the toilet.

Despite Mrs Figgins’ documented medical conditions and information given to the home’s staff by her daughter, a robust assessment of her needs was not undertaken prior to her admission. Neither did staff implement a plan to monitor her throughout the night.

The risk of Mrs Figgins suffering injury was increased by the service’s failure to use any assistive technology, such as motion sensors to monitor her when she was alone in her bedroom, or safety mats to protect her if she fell. She was only given a call bell which she could not use.

After retiring to bed on 2 June 2017, Mrs Figgins was checked by staff just after 10pm and just after 2am.

At 4.10am on 3 June 2017, Mrs Figgins was found on the floor of her room after another resident alerted staff to her calls for help. It is not known how long she had been on the floor, but it may have been up to two hours.

As a result of her fall, Mrs Figgins was admitted to the Countess of Chester Hospital, where she was found to have suffered a hip fracture. She underwent surgery on 4 June 2017 and was transferred to the Hospice of the Good Shepherd, Chester, on 9 June 2017.

Sadly, Mrs Figgins died at the hospice on 11 June 2017. The injuries suffered during her fall were cited on her death certificate as a contributing factor.

Sue Howard, a CQC deputy chief inspector for adult social care, said: “This is a distressing case and my sympathies are with everyone affected by Elli Figgins’ death.

“Mrs Figgins had every right to expect safe care at Curzon House. Vivo Care Choices Limited has a specific legal duty to ensure care and treatment is provided safely at the home, but it failed to implement basic measures – such as motion sensors and safety mats – to mitigate the known risk of her falling.

“The majority of care providers do an excellent job. However, when a provider puts people in its care at risk of harm, we take action to hold it to account and protect people.

“We hope this prosecution reminds care providers that they must always ensure people’s safety and manage risks to their wellbeing.”