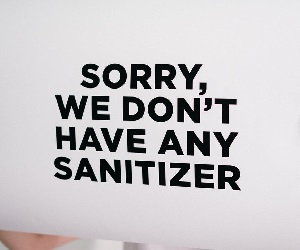 Prime Minister Boris Johnson accused some care homes of not properly following the procedures during the coronavirus crisis during his visit to Goole this afternoon. He’s recorded to have stated:

“One of the things the crisis has shown is we need to think about how we organise our social care package better and how we make sure we look after people better who are in social care,” he said during a visit to Goole.

“Most important is to fund them properly… but we will also be looking at ways to make sure the care sector long term is properly organised and supported.”

Care providers feel they have been slapped in the face by the Government whilst battling to bring the death rate in care and nursing homes down to today’s new low.

“I am very pleased to hear the prime minister recognise the need to increase the funding to the care sector. It is essential that the government looks at speed at the reform of the social care funding regime, and that we reflect at pace on what is needed for a responsive and flexible funding system that meets the true costs of care.”

“However, Mr Johnson’s comments in relation to care home’ following of procedures are neither accurate nor welcome. Government guidance has come to the sector in stops and starts – with organisations grappling with over 100 pieces of additional guidance in the same number of days, much of which was not accompanied by an understanding of the operational implications of operating care services. Care providers have moved to adopt these new procedures consistently, at pace and with integrity. Virtues that have ensured that the quality of care has retained high, and the safety of those receiving care has been the number one priority. He is right that organisations need more support from government, but that support needs to start with him recognising the vital work of the sector, and turning the dial up on reform, and down on blame. “

Figures from the Office for National Statistics (ONS) show that 181 people in England and Wales died in care and nursing homes from Covid-19 in the week up to 26th June, down from 249 the week before and the lowest so far.

Whilst welcoming the reduction, the Independent Care Group (ICG) said care workers would still be furious over yesterday’s “slap in the face’ from the Prime Minister.

“We warmly welcome today’s continued fall in the death rate in care and nursing homes and feel it is a testament to the amazing, selfless and brave efforts by care workers during this horrific pandemic,” he said.

“Which makes it all the more upsetting for the sector when the Prime Minister makes the comments he did, a real slap in the face for those workers after they have given and sacrificed so much.

“We hope he will reflect on those comments and see the incredible work the care sector has done in the recent months to care for older and vulnerable people, with late and conflicting advice and poor support in terms of PPE and testing during this awful pandemic. And we hope it will spur him into long-promised action to reform the sector and end the crisis in social care which left us so vulnerable to a virus like Covid-19.”

He said the continuing deaths proved that coronavirus hadn’t yet gone away and care providers were still very wary.

“Every death is one too many, and is a loved one – a father, mother, brother, sister, aunt, uncle or friend. We are still very scared of a second wave, still in need of further support and not becoming complacent,” he added.

“Care providers are very nervous that the relaxation of lockdown restrictions will itself spark a second spike in coronavirus, which has already had a devastating impact upon care and nursing homes.” 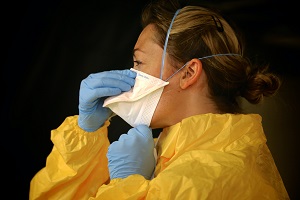 The ICG says instead of trying to blame providers, the Government should, as Mr Johnson also says, start looking at future reform.

Almost £8bn has been cut from social care budgets since 2010, leaving the sector in crisis before coronavirus struck. Even before Covid-19, some 1.5m people were living without the care they need.

Rocketing costs from buying personal protective equipment (PPE) and extra staffing costs have hit care and nursing homes hard at a time when admissions are falling. Age UK has warned that as many as 20,000 care homes could go out of business without urgent extra support.

Local authorities have been given £3.2bn by the government to support all of their extra work during the pandemic, and there is a £600m infection-control fund for care and nursing homes. But estimates suggest that care providers will face additional costs of £6.6bn between April and September.

“The pandemic has left many providers in financial crisis and we have already seen some fail and close,” Mr Padgham added. “We need to see action and we need to see it now, before the loss of care providers means we can no longer meet demand.”

He says the Government should be held accountable and called for a similar pledge to that given by then prisons minister Rory Stewart in 2018. He promised to resign in a year if he failed to reduce the levels of violence and drug use in prisons.

“Mr Johnson, when he first stood on the steps of 10 Downing Street as Prime Minister, promised to sort out social care once and for all. We are still waiting,” Mr Padgham added.

“We have been promised a Green Paper for years but it has been repeatedly put back and we are still waiting. Social care cannot wait any longer. We had a promise from Tony Blair to sort out care in 1997, followed by Gordon Brown in 2008, David Cameron in 2012, Theresa May in 2017 and Boris Johnson in 2019. ”

There have been 13 social care ministers in the past 20 years and at least 13 documents in 17 years, including four independent reviews/commissions, four consultations and five white and green papers, all without any reform coming.

The ICG has written to Chancellor Rishi Sunak calling for him to do that immediately.

The ICG has also set out its priorities for reform:

Melanie Weatherley MBE, Chair of the Lincolnshire Care Association, has also taken a stand against comments made by Prime Minister Boris Johnson and NHS England Boss Simon Stevens, in which they appear to blame the social care sector for the high death rate in care homes.

The Prime Minister said that some care and nursing homes had failed to follow coronavirus procedures.

We’d like to say a few words in response to Boris Johnson’s unacceptable remarks that “too many care homes didn’t follow procedures” during COVID-19, as well as Simon Stevens’ comments over the weekend regarding the “resilience” of the social care system.

These comments, although not unexpected, suggests the blame lies with care homes, when the sector is filled with hardworking, resourceful individuals who dedicate their lives to caring for others.

The situation has been challenging, but care homes were not just sitting on their hands while the government was deciding its next steps. Like every sector, we have had to learn about this evolving situation as we go along, but providers used their expertise and anticipated what needed to be done long before the government guidelines were released. In fact, care organisations were a crucial influence on the policies that have saved lives, from PPE to choosing to suspend visits.

Most importantly, don’t let these careless words dissuade you, a friend or relative from choosing to make a care home your home. They provide security, companionship and so much more, and for vulnerable people in need of support there is no safer place to be.

A few weeks ago, the government was clapping for the care sector – don’t let them make us the target of their mistakes. The battle against COVID-19 isn’t over yet, but we’re still here fighting the good fight for the vulnerable people that need us.