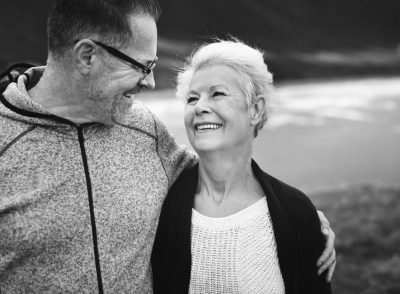 New Age UK analysis finds that in the last 12 months, about 700,000 requests for formal care and support, equivalent to 51% of all applications, have been made by older people and yet have resulted in them not receiving formal care services. This is equivalent to 2,000 claims from older people being unsuccessful each day, or 80 every hour.[1]
In some of these cases, the older person was found by their council not to meet the eligibility criteria set for the social care system, and that was the end of it (23% of all requests for help); while in others the older person was found ineligible, but their council then referred them onto other services in the hope that they could assist, including their local Age UK (46% of all requests for help). [1]

The Charity says that these figures show how very difficult it is now to qualify for care within our shrunken social care system: between 2010/11 and 2018/19 total spending on adult social care fell by £86 million in real terms, representing a 4% reduction in local authority spending. While spending has now mostly recovered from its lowest point in 2014/15, the older and disabled population has meanwhile significantly increased, meaning social care spending per head of the adult population has fallen by 6% per person over the same time period. Because councils are so stretched, it is very concerning but not at all surprising that so many older people who are asking for help are being turned away.

Age UK’s new analysis also helps to explain why the numbers of older people living with some unmet need for care are so high and continuing to rise: 1.5 million over 65s in England are going without all the help they need to carry out at least one essential ‘Activity of Daily Living’ [2]. If you ask for help from your council and are turned down for it and you don’t have family or friends to step in or enough money to fund your own service then you are likely to find yourself included in this growing army of older people who are soldiering on unsupported, despite having some need for care.

Age UK is drawing attention to these findings as it publishes a new report highlighting the battle that older people and their families often face in trying to secure social care. In ‘Behind the Headlines: Battling to get care’, the Charity describes the social care system as being “woefully inadequate for the job now required of it, despite the best efforts of the good people working in it.”

Over a fifth of all the calls to Age UK’s information and advice line concern social care, a figure approaching 35,000 last year. The report draws on the content of these calls and recounts the very difficult experiences older people and their families are going through as they try to secure the help with everyday tasks like washing, eating and toileting they badly need.
Caroline Abrahams, Age UK’s charity director, said: “The fact that 2,000 older people are being turned down for care every day demonstrates both the enormous numbers impacted by our ramshackle care system and how serious the problems it faces have now become. We don’t know what happens to these older people whose applications are rejected, but inevitably some have no choice but to struggle on alone. Good social care helps to keep older people fit and well, so if you are forced to go without it’s a recipe for emerging health problems to turn into crises, possibly leading to a hospital stay that might otherwise have been avoided and a decline in your health from which you may never fully recover.”
“Faced with too much demand and too little supply, our social care system is effectively under siege. Councils do their best with the resources they have but there are simply not enough to go around. One result is this vast number of older people whose applications for help are rejected and another the long waits for an assessment to have your case looked into at all. Our report is heart-rending stories of older people in need who are being comprehensively let down, and the nightmarish situations created for them and their families. Real suffering is going on, with older people’s lives being diminished and, in some cases, we fear, being cut short.”
“The Prime Minister has promised to fix social care, and our new report shows why it’s so vital for our older population that he keeps his word. For some, tragically, it is already too late.”

Mike Padgham, Chair of the Independent Care Group, said: “The Age UK statistics are alarming and shame us as a country. They should make the Government sit up, listen and act – beginning with ploughing more money into social care in next month’s Budget.

“Some £8bn has been cut from local authority social care budgets since 2010 so it should not come as a surprise that more and more older and vulnerable people – our mothers, fathers, aunts, uncles, brothers, sisters – cannot get the care they need to enjoy a basic, decent quality of life.

“In 2020 it is a national disgrace, degrading and dehumanising and action to solve the crisis in social care is long overdue.

“We have total sympathy with local authorities who have had their budgets cut savagely in the past decade to the point where they can’t deliver care to those who need it most.

“Now that key milestones in Brexit are out of the way it is time for the Government to turn its attention to the number one domestic priority – social care.

“Boris Johnson promised to sort out social care ‘once and for all’ when he became Prime Minister and again at the General Election, but all we have been promised is ‘cross-party talks’ and a solution within the five years of this parliament.

“Well, as these figures demonstrate, we cannot wait five years. There is no time for more talks and reports, we need to get social care done now, and the Government must start by pumping funding into care at the Budget. At least £8bn extra is needed, just to reach the levels we had in 2010, and we need to go much further than that so that everyone who needs care can get it.”