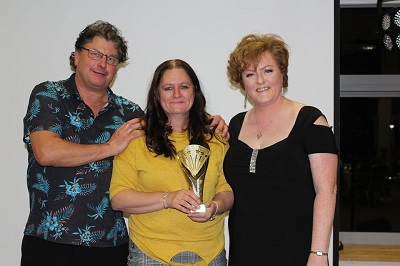 Not-for-profit care village, Belong Atherton, has been recognised in Wigan and Leigh Hospice’s annual Hospice in Your Care Home Awards, winning two categories including, for the fourth year running, the Family Nominated Staff Member of the Year, which once again has gone to the organisation’s lead senior support worker, Julia Cross.

Commenting on the success, Belong support manager, Nicola Johnstone said: “We are delighted to have been recognised in the awards. We always strive to seek development opportunities to provide class-leading care and are proud to have completed four years with the nursing training programme at Wigan and Leigh Hospice.”

Other recent successes for the care village include: achievement of the Care Quality Commission’s ‘Outstanding’ rating, following an inspection by the organisation, plus a five-star rating from Environmental Health inspectors for the village, including its households and the bistro, which is open to the public.

Sunrise of Mobberley serves up a truly restaurant-style experience