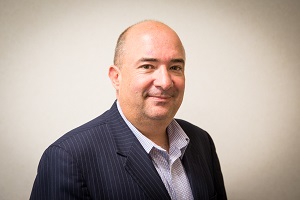 New Century Care has announced the appointment of Phil Smith as its new Managing Director.

Phil’s appointment comes after almost four years as New Century Care’s Chief Operating Officer, during which he oversaw an internal audit of all New Century Care homes before implementing a successful programme of refurbishment and staff restructuring. Prior to joining New Century Care, Phil spent 10 years as the Senior Director of Operations at Sunrise Senior Living.

New Century Care is investing in its senior management team to ensure it is well placed to meet the challenges and opportunities of the future.

“I am honoured and incredibly excited by the opportunity to lead New Century Care as Managing Director.

“Having been part of the New Century Care family as COO for almost four years, I have seen first-hand the excellent work that has been undertaken to transform New Century Care and the effort and hard-work frontline staff put in day in, day out.

“The social care sector is not without its challenges, but the future is also filled with opportunities. I am really looking forward to continuing the hard work.”