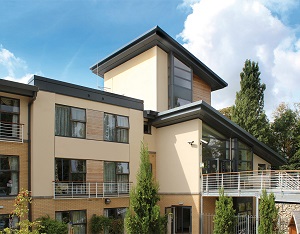 Whittington House Nursing Home in Cheltenham are celebrating after being named as the shortlisted finalists of not one but four categories in this years’ .

The Team and individual colleagues have been nominated, interviewed and now proudly shortlisted for the following awards; Emma Gore for Dementia Care, Whittington House for Hydration and Nutrition, Stephanie Day as Newcomer of the Year, and Disaree Philips for Nurse of the Year.

The team in Cheltenham are hugely creative, continuously engaging and having fun with residents using their interactive table, gardening, paddling in their pool, lunching out and about, singing along during their musical afternoons and celebrating life’s milestones. They even recreated Hogwarts to add that wizard touch to a themed day!

The Poetry Club has now become a popular part of Whittington House’s lively activity schedule as have the fortnightly visits by Therapy Dogs Nationwide.

Whittington House Nursing Home, in Cheltenham, is a modern, purpose-built home and provides residential, nursing and specialist dementia care for up to 66 people. Rated as ‘Good’ overall in their most recent CQC report they were featured recently on BBC Breakfast when they were joined by Mike Bushell at Cheltenham Race Course. Whittington House was also shortlisted for a Pinders Design Award.

Riki Moody, Business Operations Manager, on behalf of all the GCPA Awards Team, congratulated everyone who attended their interviews sharing that the calibre of people that judges interviewed was extremely high and made making any decision difficult.

The Awards Ceremony takes place on the 10th October 2019 at The Hatherley Manor Hotel & Spa.