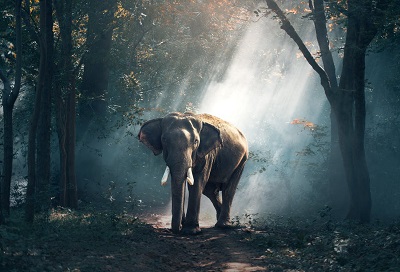 Increasing the pay of social care workers in Wales so that they earn more than shelf stackers in discount supermarkets is vital to solve the massive recruitment crisis in the sector.

The call from Mario Kreft MBE, the chair of Care Forum Wales, came after a campaign was launched to attract another 20,000 social care workers in Wales over the next 10 years.

Mr Kreft said the nub of the problem was that the funding formulas of local councils and health boards were predicated on paying low wages to staff and the “minimal differentials” for taking on extra responsibilities – and that had to change.

He welcomed the WeCare.Wales campaign unveiled by Social Care Wales but warned that more money needed to be found to ensure that care staff could be paid a “decent wage”.

At the moment, he said, the funding formulas of local councils and health boards were predicted on paying low wages to staff.

The number of elderly people over the age of 80 is predicted to increase by 44% in Wales by 2030 and there are currently about 113,000 people in the social care sector.

The ageing population in Wales and relatively older workforce are two factors for the increasing demand for care workers in people’s own homes, workers in residential care and more nurses.

Mr Kreft said: “I can certainly say that this is the most challenging time that social care providers have faced in trying to recruit sufficient workers to actually do the job.

“This campaign comes absolutely at the right time because we’ve got to do something urgently.

Mr Kreft said: “The elephant in the room is that you can be paid more for stacking shelves in a discount supermarket than for being a care worker.

“This campaign helps as we have to raise the awareness of the value of people. We have heard recently the Welsh Government have put in their economic action plan how important social care is to our economy. But we’re not seeing that translated to the elephant in the room which is how much are we going to pay these people.

“If you’re in North East Wales, for example, where you’ve virtually got full employment from a statistical point of view, you’ve got so many opportunities.

“I looked on a couple of websites, knowing I was looking at some discount supermarkets that have headquarters in mainland Europe, and you look at what they’re offering.

“What you’re actually seeing is people voting with their feet, and Care Forum Wales is conducting its own research over these next weeks.

“We believe that the registration process being brought in 12 months is actually a good thing in the long term; but it’s actually going to exacerbate the situation because there are so many people talking about leaving this sector because it is such hard work and we’ve got to do more to value these people.”

According to Mr Kreft; the issue of how to fund social care as the “challenge of the age” and a proposed social care tax was not the complete answer.

He added: “Throwing extra money generated by a new tax into the existing pot is not going to solve it.  We don’t want more of the same – we need a new vision for the future with properly integrated services.

“We’ve actually got to radically reform the way we deliver services and how we integrate services in Wales. Without that reform, we would be throwing good money after bad.

“What you’ve currently got is two systems that inter-relate.  You’ve got the NHS which is free at the point of delivery and you’ve got means tested social care which predominately comes through local authorities.

“Now, there are only three ways we can actually raise finance and support for these services – private money, insurance or  taxation and I think what we really need in Wales is an intelligently-structured combination of all three, a long-term plan that has cross-party support because this issue is not going to go away.

“We are going to see, as the professor stated, a massive increase in the cohort of the population of over 85s.

“We haven’t got the capacity in the system to cope at present, care homes are closing and hospitals are full and many family carers are over-stretched.  It needs integration and a completely radical approach as to how we tackle this.

“We’ve really got to think these things through and we need an integrated system.

“To their great credit Welsh Government has recently recognised social care as one of the four foundations of the economy, one which pumps £2.2 billion per year into the Welsh economy.

“Previously, we’ve only seen social care in Wales as a cost.  What we have to do is see it as a value. This is where the independent sector can play an even more important role.

“Social care workers in Wales deserve a better deal. The deal they’ve got is not good enough to sustain the numbers that we’re going to need in the future.

“Local authorities and health boards in Wales actually predicate that more than half of the staff in a care home are on the National Living Wage.

“When you get a qualified highly-skilled care practitioner, they have to be able to sustain a standard of living commensurate with the level of responsibility they have. These are people who have been overlooked.

“How we fund social care is a massive issue. We now need to have a big national conversation and this report has made an important contribution to the debate.”