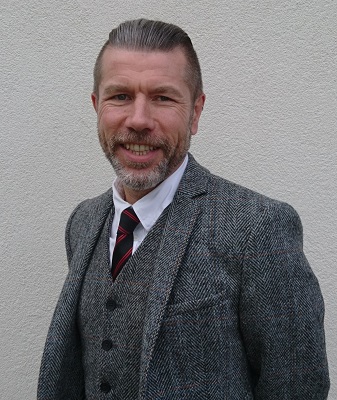 A major care provider group has spoken out against referring to care workers as ‘low skilled’ saying it is damaging the sector’s ability to attract young people.

Speaking at the Chesterfield and North Derbyshire Employability and Skills Conference, Brendan Kelly, managing director of Heathcotes Group said: “It annoys me that care workers are constantly referred to by the government and media as being ‘low skilled’. They are not.

“Care workers require a wide range of skills, including medical knowledge, finance and budgeting, dynamic risk assessment, positive behaviour support and food hygiene to name just a few. Calling them low skilled is impacting on recruitment in the sector and turning off school leavers from entering the profession.”

The company, which is headquartered in Chesterfield, has plans in place to double employees from 2200 to 4500 over the next four years.

At the conference, which was organised by Chesterfield Borough Council, Placing Futures, D2N2 Enterprise Advisor Network and Destination Chesterfield, Mr Kelly also revealed that the Apprentice Levy had driven a culture change in apprenticeships within Heathcotes Group.

He explained: “We are using the Levy as a tool to develop the workforce rather than viewing it as a tax. Older workers are using apprenticeships to upskill which is enabling us to plug skills gaps. However, our priority remains to recruit young people to the care sector.”

Young people aged under 19 account for only a quarter of all apprenticeship starts in the UK. With more than 14,000 young people in Chesterfield and North Derbyshire alone set to leave school over the next five years, the conference brought together business leaders and representatives from the education sector to address barriers to apprenticeships.

Commenting on the company’s strategy to attract young people to the sector, Mr Kelly said: “In recent years we have promoted an accessible and inspirational message, based on the fact that our work is enormously fulfilling because it makes a difference to the lives of some of the most vulnerable people in society. It has certainly proved to be more effective than more traditional and formulaic approaches to recruitment.

“Attracting the next generation of talented and dedicated care professionals requires us to connect and engage on an emotional level, rather than get preoccupied with technical detail and lose the essence of who we are and what we do.”

In 2017 Chesterfield became the first town in the UK to declare itself an ‘Apprentice Town’. Led by Chesterfield Borough Council the Apprentice Town initiative aims to raise awareness of apprenticeships and promote cooperative working across the education, business and learning community.

Councillor Tricia Gilby, Chesterfield Borough Council’s leader, said: “Heathcotes is a great of example of the success of the Apprentice Town initiative. By working together, the council, local businesses and education providers are able to manage the future workforce needs and provide development opportunities for local people.

“This year’s conference has helped to do just that, by bringing together our business and education communities to challenge misconceptions and provide opportunity for more people to understand and take advantage of the breath of career development opportunities available in the sector.”

Mr Kelly added: “Heathcotes is fully committed to supporting the Apprentice Town initiative to develop Chesterfield as a leading apprenticeship destination. We enjoyed being part of the North Derbyshire Employability and Skills Conference and we are looking forward to leading and participating in various other events in 2019.”