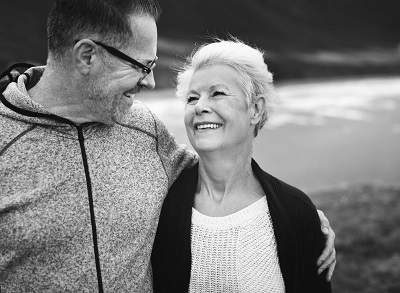 The prestigious Dhole-Eddlestone Memorial Prize has been awarded to the Age and Ageing paper ‘Projections of multi-morbidity in the older population in England to 2035: estimates from the Population Ageing and Care Simulation (PACSim) model’. The prize is given annually to the most deserving medical research appertaining to the needs of older people published in Age and Ageing, scientific journal of the British Geriatrics Society.

The paper, which was published on 23 January 2018, reported that the number of older people diagnosed with four or more diseases will double between 2015 and 2035. A third of these people will be diagnosed with dementia, depression or a cognitive impairment.

The study, funded by the ESRC and NIHR and conducted by researchers at Newcastle University’s Institute for Ageing and the London School of Economics, found that over the next 20 years there will be a massive expansion in the number of people suffering from multiple diseases, known as multi-morbidity. As a result two-thirds of the life expectancy gains, predicted as 3.6 years for men, 2.9 years for women, will be spent with four or more diseases.

Professor Carol Jagger, Professor of Epidemiology of Ageing at Newcastle University’s Institute for Ageing led the study. She commented “We are delighted to receive this award recognising the importance of our work. These are the first projections to include the real health profile of people in mid-life who will age into the older population over the next twenty years and our findings have implications for mid-life prevention as well as healthcare provision in later life.”

The Age & Ageing paper ‘Projections of multi-morbidity in the older population in England to 2035: estimates from the Population Ageing and Care Simulation (PACSim) model’ can be viewed here: https://academic.oup.com/ageing/article-lookup/doi/10.1093/ageing/afx201

The Dhole-Eddlestone Memorial Prize is funded by a legacy from Dr Manindra Kumar Dhole, a BGS member who died in 1977. The prize is so named to commemorate the anniversary of his marriage with Dr Eddlestone. One cash prize of £1,000 is made each year and announced on 14 January, the anniversary of the date of their marriage. Applications are not accepted. The prize goes to ‘the most deserving published work of medical research appertaining to the needs of aged people’, in practice, the paper published in Age and Ageing each calendar year which most impressed the judging panel.