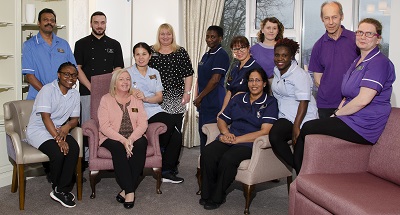 A well-known Aberdeen facility offering care for the elderly has announced that it has secured two significant accolades.

During a recent routine inspection by the Care Inspectorate, the 68-bed Deeside Care Home in Cults achieved grade five status in the areas of how well people’s wellbeing is supported, and how well care and support is planned.

The announcement followed the Care Inspectorate spending time at the facility, speaking with ten residents and three relatives as well as observing staff practice and how they interact with residents.

Whilst other areas were not assessed on this occasion, previous inspections have awarded grade fives for quality of setting and staff team plus sought-after grade six status in the area of leadership – the highest level awarded by the authority.

Since it was acquired by current owners Deeside Care LLP in 2013, Deeside Care Home has been the focus of a rolling programme of investment exceeding £3 million. Upgrading work has included the rejuvenation of residents’ lounges, dining rooms and bedrooms, plus the creation of a stunning new entrance atrium, spa, cinema, hair salon, therapy room and café/bar.

Commenting on the news, Director of Care Kristin Jackson-Brown said: “Investment in people and facilities at Deeside Care Home has created a first-class setting for the delivery of person-centred care of the very highest standard and that is reflected in this announcement.

“We are very fortunate to benefit from a hard-working, dedicated and committed team whose ongoing efforts are central to our ethos of creating the best possible home-from-home environment.”